6 Life Lessons I Have Learned from Taylor Swift 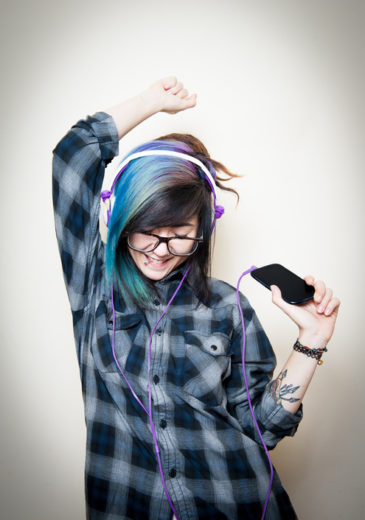 Don’t let my youthful face fool you—I’m a few years older than Taylor Swift. (No, I’m not telling you how many years older. How rude of you to ask! We just met.) Nonetheless, the iconic pop star has several lessons those from every generation—millennials to boomers—could stand to learn, even if you are not a Swiftie or are repelled by the idea of becoming one. (I must confess, though, life on the Swiftie side really is delightful!)

“Don’t let other people’s opinions of you define you, especially when they don’t know you.”

I’m taking this quote directly from Taylor when she performed at the Staples Center in Los Angeles. Well said, Taylor.

How many times have you worried about other people’s opinions of you? How has that worry held you back? What might you have achieved or accomplished if you had been able to let go of that worry? Could you have felt better about yourself?

One thing I’ve learned in life is that, the majority of the time, people are focused on themselves—so much so they probably have no clue what you’re doing. And if they did, they would likely be more concerned about what you thought about what they thought of you! (Are you still with me?)

Your 20s are both “miserable and magical” and a time to feel “happy, free, confused, and lonely at the same time.”

As a psychologist, I provide therapy to adults of all ages, from every decade of life from the 20s to the 80s. Each decade has common challenges. Yet, for those in their 20s, it can be a landmine of obstacles. For many, the 20s are a time when nearly everything in life is up in the air, sometimes all at once.

Young adults often question what they should do for a living, who they should date (perhaps exploring or questioning their sexuality), where they should live, even who they feel they truly are. These concerns don’t magically or mysteriously resolve the day you turn 30. However, as people move through their 20s, they often find some grounding in these various areas that can be built upon in future decades. In the interim, the vast selection and possibilities can feel liberating, scary, or even isolating. Any unpleasant feelings can be exacerbated by people aged 30 and over who act dismissive, telling those in their 20s they have no problems because they are young. Maybe they had so much fun in their 20s they can’t remember the associated and occasional angst. For their sake, I hope that’s the case.

When you drown, you can ironically begin to breathe.

It’s hard for me to imagine that concert-goers under age 10 could understand the lyrics, “When I was drowning/that’s when I could finally breathe.” For me, I associate this song (“Clean”) and its lyrics with the occasional importance of hitting bottom, or at least getting close. It is often only when you hit bottom that you realize you can float, or essentially discover how resilientyou really are.

As humans, we typically do all we can to avoid emotional pain. But people die, get divorced, get fired from jobs, and go through countless other forms of adversity. And the only option is to keep going forward, even if you take some time to grieve and retreat, because you must come out the other side. When you do, you will realize you are stronger than you think.

When you run into these characters, try to do like Taylor and “shake it off.” This is related to life lesson No. 1—not letting others define you. Believe people when they show you who they are. Don’t let others throw you off your game.

I often advise people in therapy to keep their eyes on their own lane. Just as when driving, if you focus on someone else’s life or drama, you may get hurt in a crash or start driving to someone else’s destination.

Always take the high road, even when others don’t (ahem, Kanye).

This life lesson can be learned anytime Taylor must interact with Kanye West or his crew. Few of us will ever forget the infamous 2009 MTV Video Music Awards, when Kanye rudely interrupted Taylor’s acceptance speech for Best Female Video. And we won’t soon forget the recent lyrics Kanye wrote about Taylor, the video he made, and the subsequent reactions on social media.

It doesn’t seem to matter who throws shade her way; her responses, whether in an acceptance speech or in a tweet, always seem to reflect maturity and integrity. I don’t know how she maintains such composure, but it’s impressive. I know what I wanted to say to Kanye, but Taylor never went there. She rose above.

Make art out of your pain.

Some of Taylor’s best work emerged from times of what seemed like significant pain. Figure out how you can work with your pain and sadness to create something amazing or healing. Such an approach could transform your life.

In my practice, I call this a “tragic gift.” This relates to life lesson No. 3—when you drown, you can ironically begin to breathe.

I could write about several more life lessons I’ve learned from Taylor Swift, including investing in and supporting your friends, standing up for what you feel is right, being able to laugh at yourself, and giving back to your community. But you get the idea. Despite Taylor’s relatively young age, there is much we can learn from her. One of my favorite lessons is you can be a woman and be powerful, beautiful, and intelligent. Thank you, Taylor!

The preceding article was solely written by the author named above. Any views and opinions expressed are not necessarily shared by GoodTherapy.org