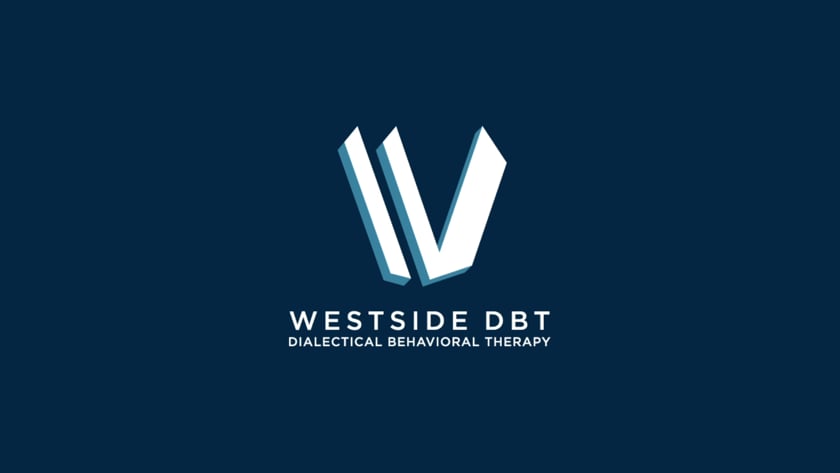 DBT has been shown to:

Overall we offer psychotherapy for adults and adolescents. We also provide consultation for other professionals and other agencies in the field.

We provide assessment, diagnosis and treatment for a wide variety of mental health issues which include but are not limited to:

A “personality” disorder is defined by a set of symptoms. A personality disorder is present, by definition, when individuals have long standing problems with their sense of ‘self’, which involves how they think of themselves, their self-esteem, their impulse control and such, and/or their relationships.

The term ‘personality disorder’ is a descriptive label for those long standing patterns of behaving, thinking and feeling. Although these patterns often are persistent, research shows that these patterns of behaviors and the way one thinks about and experiences(feels) self and others can certainly change and one’s quality of life can be enhanced significantly.

A pervasive pattern of instability of interpersonal relationships, self image and affects, and marked impulsivity present in a variety of contexts, as indicated by five (or more) of the following:

Dr. Marsha Linehan (the founder of DBT) once likened a person with BPD to that of someone with 3rd degree “emotional burns.”

*The preferred term is self-harm or self-injury

The exact symptoms of bipolar disorder vary from person to person. For some people, depression causes the most problems; for other people, manic symptoms are the main concern. Symptoms of depression and symptoms of mania or hypomania may also occur together. This is known as a mixed episode.

Signs and symptoms of the manic or hypomanic phase of bipolar disorder can include:

Signs and symptoms of the depressive phase of bipolar disorder can include:

Other signs and symptoms of bipolar disorder

Signs and symptoms of bipolar disorder can also include:

Most to all know what anticipation, restlessness feels like. Your heart pounds before a big presentation or engagement. You get butterflies in your stomach during a blind date. You worry and fret over family problems or feel jittery at the prospect of asking someone for a need to be met. These are all natural reactions.

However, in today’s busy world, many of us often feel anxious and unsettled outside of these challenging situations as well. If worries, fears, or anxiety attacks seem overwhelming and are impacting your daily life, you may be suffering from an anxiety disorder. Fortunately, in addition to anxiety treatments, there are plenty of things you can do to help yourself and reduce your anxiety symptoms, control and manage anxiety attacks, and regain control of your life.

Here are three parts to anxiety: physical symptoms (how our body responds), thoughts (what we say to ourselves), and behaviors (what we do or our actions). Learning to recognize these signs of anxiety can help you to be less afraid of it.

Depression varies from person to person, but there are some common signs and symptoms. It’s important to remember that these symptoms can be part of life’s normal lows. But the more symptoms you have, the stronger they are, and the longer they’ve lasted—the more likely it is that you’re dealing with depression. When these symptoms are overwhelming and disabling, that’s when it’s time to seek help.

If you identify with several of the following signs and symptoms, and they just won’t go away, you may be suffering from clinical depression.

“What does depression feel like?” They ask me quietly, “It feels like your waking up in a dream, you can see people living in an amazing world but yet your sitting there frozen in an unbearable or numb pain” I answered. Depression is not “just a bad mood or a bad day”. The difference between having a bad mood/day and clinical depression is:

Sadness or downswings in mood are normal reactions to life’s struggles, setbacks, and disappointments. Many people use the word “depression” to explain these kinds of feelings, but depression is much more than just sadness.

Some people describe depression as “living in a black hole” or having a feeling of impending doom. However, some depressed people don’t feel sad at all — they may feel lifeless, empty, and apathetic, or possibly feeling angry, aggressive, and restless.

Whatever the symptoms, depression is different from normal sadness in that it engulfs your day-to-day life, interfering with your ability to work, study, eat, sleep, and have fun. The feelings of helplessness, hopelessness, and worthlessness are intense and unrelenting, with little, if any, relief.

The signs and symptoms of substance dependence vary according to the individual, the substance they are addicted to, their family history (genetics), and personal circumstances.

DBT treatment can include homework ( diary cards), phone coaching and both group and individual sessions, and it can aid in reshaping ineffective or maladaptive thoughts in various potential ways including the following:

The Symptoms of PTSD

The DSM-IV criteria for identifying PTSD require that symptoms must be active for more than one month after the trauma and associated with a decline in social, occupational or other important areas of functioning. The three broad symptom clusters can be summarized as follows:

A person experiences one or more of the following:

A person experiences three or more of the following:

A person experiences two or more of the following:

There are various ways in which PTSD can be exhibited:

One of the main objectives of DBT is to help individuals learn skills that will decrease emotion dysregulation, self-destructive behaviors and other ineffective coping mechanisms. And teaches individuals the skills to identify their emotional experiences and manage them through skills. DBT teaches skills that regulate emotions or symptoms of PTSD through mindfulness concepts, emotional regulation, interpersonal effectiveness skills and distress-tolerance skills.

An eating disorder is an unhealthy relationship with food and weight that interferes with many areas of a person’s life. One’s thoughts become preoccupied with food, weight or exercise. A person who struggles with an eating disorder can have unrealistic self-critical thoughts about body image, and his or her eating habits may begin to disrupt normal body functions and affect daily activities. Eating disorders are not just about food and weight. People begin to use food as a coping mechanism to deal with uncomfortable or painful emotions or to help them feel more in control when feelings or situations seem over-whelming. The Diagnostic and Statistical Manual of Mental Disorders (DSM-V) recognizes Anorexia Nervosa, Bulimia Nervosa, Binge Eating Disorder, and OSFED (Other Specified Feeding or Eating Disorder).

Anorexia Nervosa – A person with anorexia may have an intense fear of gaining weight or becoming fat. Someone with anorexia may practice unhealthy behaviors such as: restricting calories, only eating specific foods or skipping meals frequently.

Bulimia Nervosa – A person with bulimia may also be intensely afraid of becoming fat or gaining weight. Someone with bulimia may eat large amounts of food in a short period of time (binge) and then eliminate the food and calories (purge). One may induce vomiting, exercise excessively, or use laxatives, diuretics, or diet pills to purge weight or calories.

Binge Eating Disorder – This disorder involves eating very large amounts of food rapidly (to the point of feeling sick or uncomfortable). These episodes of bingeing occur frequently. When binge eating, a person feels like they cannot stop eating or control what or how much is eaten.

There isn’t one conclusive cause of eating disorders. Multiple factors are involved, such as genetics and metabolism; psychological issues – such as control, coping skills, trauma, personality factors, family issues; and social issues, such as a culture that promotes thinness and media that transmits this message.

Most of us have something we don't like about our appearance — a crooked nose, an uneven smile, or eyes that are too large or too small. And though we may fret about our imperfections, they don’t interfere with our daily lives.

But people who have body dysmorphic disorder (BDD) think about their real or perceived flaws for hours each day.

They can't control their negative thoughts and don't believe people who tell them that they look fine. Their thoughts may cause severe emotional distress and interfere with their daily functioning. They may miss work or school, avoid social situations and isolate themselves, even from family and friends, because they fear others will notice their flaws.

They may even undergo unnecessary plastic surgeries to correct perceived imperfections, never finding satisfaction with the results.

BDD is a body-image disorder characterized by persistent and intrusive preoccupations with an imagined or slight defect in one's appearance.

People with BDD can dislike any part of their body, although they often find fault with their hair, skin, nose, chest, or stomach. In reality, a perceived defect may be only a slight imperfection or nonexistent. But for someone with BDD, the flaw is significant and prominent, often causing severe emotional distress and difficulties in daily functioning.

BDD most often develops in adolescents and teens, and research shows that it affects men and women almost equally. About one percent of the U.S. population has BDD.

The causes of BDD are unclear, but certain biological and environmental factors may contribute to its development, including genetic predisposition, neurobiological factors such as malfunctioning of serotonin in the brain, personality traits, and life experiences.

People with BDD suffer from obsessions about their appearance that can last for hours or up to an entire day. Hard to resist or control, these obsessions make it difficult for people with BDD to focus on anything but their imperfections. This can lead to low self-esteem, avoidance of social situations, and problems at work or school.

People with severe BDD may avoid leaving their homes altogether and may even have thoughts of suicide or make a suicide attempt.

BDD sufferers may perform some type of compulsive or repetitive behavior to try to hide or improve their flaws although these behaviors usually give only temporary relief. Examples are listed below:

BDD and Other Mental Health Disorders

BDD can also be misdiagnosed as one of these disorders because they share similar symptoms. The intrusive thoughts and repetitive behaviors exhibited in BDD are similar to the obsessions and compulsions of OCD. And avoiding social situations is similar to the behavior of some people with social anxiety disorder.

To get an accurate diagnosis and appropriate treatment, people must mention specifically their concerns with their appearance when they talk to a doctor or mental health professional. A trained clinician should diagnose BDD.

However, you can take a self-test that can help suggest if BDD is present, but it will not offer a definitive diagnosis.

If your child is preoccupied with appearance so that it interferes with concentration in school or if behaviors listed above appear, talk to a mental health professional.

Treatment is tailored to each patient so it is important to talk with a doctor to determine the best individual approach. Many doctors recommend using a combination of treatments for best results.