8 Simple Steps to Forgive Even the Unforgivable 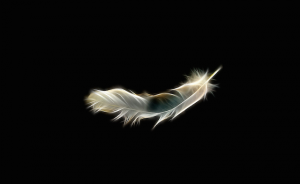 Stopping the inner rage of unforgiveness can be easier than you think.

Are you feeling resentment? Pain? Anguish? Perhaps even fury? It doesn’t matter if your emotions are directed at the general idiocy of a government that seems bought-out by an elitist class, or a close friend or family member. It doesn’t matter if you are raging at a complete stranger on the road, in a moment that dissipates fairly quickly, or if you are dealing with years of abuse or emotional torment. Forgiveness is a spiritual act that requires us to see things differently than we do now.

It doesn’t seem to be so when we are thinking of the wrong another has done to us, or the hurt they’ve so carelessly lavished, but forgiveness can free us from even the most unforgivable acts. Many of us hold onto our anger in hopes that this emotion will somehow anchor in some Universal Justice – as if our teeth gritting, and brow furrowing can somehow balance the teetering scales of righteousness in the world.

Sadly, the act or words of another that we keep running in our minds is like emotional cement, keeping us stuck and unable to move into peace. Our unforgiveness often doesn’t even affect the ‘other’ as much as it does us. There is a Tibetan Buddhist story about two monks who encounter each other many years after being released from prison where they had been horribly tortured by their captors. “Have you forgiven them?” asks the first. “I will never forgive them! Never!” replies the second. “Well, I guess they still have you in prison, don’t they?” the first says.

Many mistakenly believe that forgiveness somehow absolves another from their wrong-doing. That in forgiving, we helplessly accept, give up, surrender to defeat – that we are helpless. The exact opposite is true. When we face a terrible wrong, and look within to see how we can prevent the same incident from happening again, then we are truly on the correct spiritual path.

Dr. Fred Luskin is the Director of the Stanford University Forgiveness Projects. He has led the largest research project to date to study the effects of forgiveness on hurt individuals. He has dealt with people suffering from a huge rang of things needing to be forgiven – from a romantic break up to the murder of a child. He believes that there are specific steps one can take to reduce the stress that comes with holding onto hurt, and make the progress of forgiveness as easy as possible. I tend to agree. Forgiveness usually takes a little time, but it needn’t consume your life for years. You can start with these eight steps to move your heart into the right place, and begin to forgive:

Christina Sarich is a musician, yogi, humanitarian and freelance writer who channels many hours of studying Lao Tzu, Paramahansa Yogananda, Rob Brezny, Miles Davis, and Tom Robbins into interesting tidbits to help you Wake up Your Sleepy Little Head, and *See the Big Picture*. Her blog is Yoga for the New World . Her latest book is Pharma Sutra: Healing The Body And Mind Through The Art Of Yoga. Please reprint this article with attribution bio and all links in tact.

This article is offered under Creative Commons license. It’s okay to republish it anywhere as long as attribution bio is included and all links remain intact.