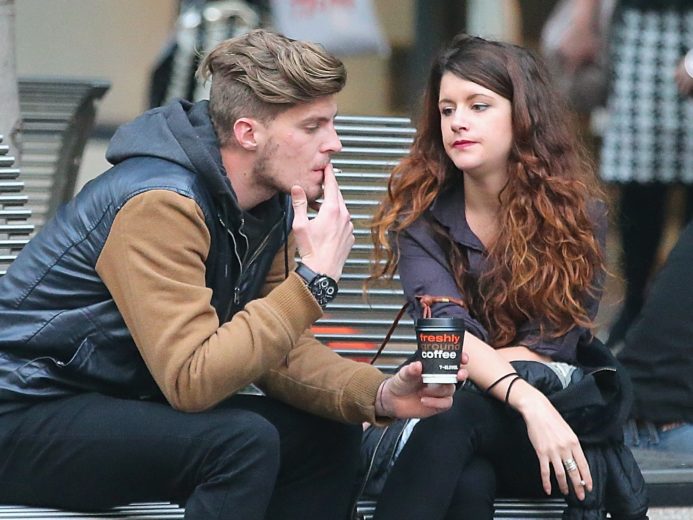 Whether it’s biting your nails or spending hours on Facebook when you should be working, you probably have a bad habit you just can’t seem to break.

No matter that you’re embarrassed to shake people’s hands or that you can’t concentrate on work tasks — in the moment, the bad behavior feels so good.

During a recent TEDMed Talk, Judson Brewer, a psychiatrist at University of Massachusetts Medical School, proposed that the key to breaking a bad habit is mindfulness — specifically, focusing on how the habit really makes you feel.

Brewer cited a study in which he and his colleagues found that mindfulness training could help people quit smoking. According to Brewer, the majority of participants in the study had already tried and failed to quit smoking about six times.

Instead of forcing the smokers to quit, the researchers gave them complete permission to continue — but the participants were asked to be mindful about how smoking made them feel. For example, they were told to smell the cigarette and think about what it smelled like, then take a drag of the cigarette and notice what it tasted like.

The researchers compared the mindful smokers to another group of smokers who went through pretty standard training called Freedom From Smoking. As it turns out, mindfulness was twice as effective at helping people quit.

Judson explained that the same principle could apply to quitting any bad habit, from overeating to texting while driving.

So why does mindfulness seem to work where other quitting strategies don’t?

Judson said it’s because when you try to change your behavior, you’re exercising cognitive control, which is related to activity in a part of the brain called the prefrontal cortex.

But when you’re stressed or tired — which is when bad habits usually rear their ugly heads — the prefrontal cortex basically shuts off. So telling yourself, “Smoking is bad for me” has basically no effect.

Mindfulness, on the other hand, helps you observe your cravings and your behavior up close, without getting sucked into them.

“This is what mindfulness is all about,” Judson said. “Seeing really clearly what we get when we get caught up in our behaviors, becoming disenchanted on a visceral level and from this disenchanted stance, naturally letting go.”

Presumably, you could employ this same strategy when you’re trying to reduce the time you spend on Facebook, for example. Don’t tell yourself to close the app — that takes too much self-control that you might not have when you’re stressed out at the end of a long workday.

Instead, focus on the way you feel while you’re scrolling through friends’ updates: Annoyed? Bored? Once you get in touch with those emotions instead of operating on autopilot, you might realize that you aren’t really getting much out of the behavior. And over time, that disenchantment might help you quit the habit for good.

You can watch the full TED Talk here.