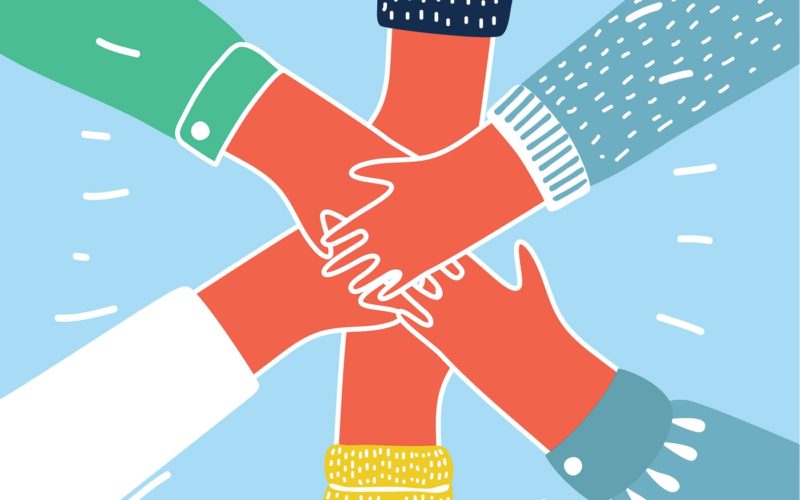 Science suggests that expressing true gratitude boosts your health and spreads happiness. Here are a few simple exercises to help you build your capacity for gratitude.

We say “thanks” a dozen or more times a day: when someone holds a door open, bags our groceries, puts a report on our desk. It’s a reflex, an almost knee-jerk reaction to simple daily transactions. We mutter it, often without really acknowledging the person we’re thanking.

Yet as easy as it is to engage in the quotidian “thanks—no problem” exchange in our daily routines, we’re often left, in moments of larger generosity, feeling unworthy or embarrassed by what’s being offered. If you’ve ever thwarted a friend’s attempt to treat you to dinner or received a gift that you insisted was “too much,” you may be struck by that thankfulness gap.

So, if “thank you” is too easy to say in some instances, and out of our reach in others, how can we go beyond a muttered “thanks” to one that’s truly underpinned with gratitude? And why would we want to?

It’s Good for You

Turns out, there’s a great deal to be gained from truly feeling grateful. Research has linked gratitude with a wide range of benefits, including strengthening your immune system and improving sleep patterns, feeling optimistic and experiencing more joy and pleasure, being more helpful and generous, and feeling less lonely and isolated.

It even helps to mitigate depression. Researchers at Indiana University recruited 300 people (mostly college students) receiving mental health counseling, and randomized them into three groups. In addition to the counseling sessions, one group was asked to write a letter of gratitude each week for three weeks. The second group journaled their thoughts and feelings about negative experiences. The third group only received counseling but did no writing. Four and 12 weeks later, the gratitude-letter group “reported significantly better mental health” than either the journalers or those who received counseling alone. Other studies have found that counting blessings and gratitude writing reduces the risk of depression.

It’s good for your relationships

Think back to that impulse to rebuff a gift or gesture for being “too much.” What would happen if you didn’t get involved in that narrative, and just allowed yourself to let that gift, that kind gesture, really sink in? To just feel…grateful? And if that still feels difficult, consider this: There’s scientific evidence that feeling and expressing gratitude in relationships of all kinds strengthens them. Researchers from both the University of North Carolina and University of California found that gratitude acts as a “booster shot” for romantic relationships. And a review of close to 100 studies by researchers at the University of Nottingham determined that those who feel and express gratitude tend to be pro-social—kind, helpful, and giving.

It’s relatively easy to feel gratitude for help offered when we’re in need—a stranger who stops when you have a flat tire, the neighbor who watches your kids when you have to run out, the friend who makes you soup when you’re sick. And starting to dig into what motivates that stranger, that neighbor, that friend can help us see the larger picture, and how we are interconnected. It may be harder to parse the motivation behind our smaller interactions. The last time you held the door for a stranger, you no doubt did so because that’s just what people do. Still, can you see how even that tiny gesture ripples outward into something much bigger than any one of us alone?

The more you can bring your attention to that which you feel grateful for, the more you’ll notice to feel grateful for! Those researchers at Indiana University did a further study. Using an fMRI scanner, they compared brain activity in the gratitude letter-writers with those who didn’t write a letter. The letter-writers showed greater neural sensitivity in the medial prefrontal cortex, a brain area associated with learning and decision-making—and the effect persisted three months later. “Simply expressing gratitude may have lasting effects on the brain,” they concluded, noting that practicing gratitude can lead to greater sensitivity to the experience of gratitude in the future. And that bodes well for everyone.

Start by observing. Notice the thank yous you say. Just how habitual a response is it? Is it a hasty aside, an afterthought? How are you feeling when you express thanks in small transactions? Stressed, uptight, a little absent-minded? Do a quick scan of your body—are you already physically moving on to your next interaction?

Pick one interaction a day. When your instinct to say “thanks” arises, stop for a moment and take note. Can you name what you feel grateful for, even beyond the gesture that’s been extended? Then say thank you.© 2018 FOUNDATION FOR A MINDFUL SOCIETYMindful.ORG