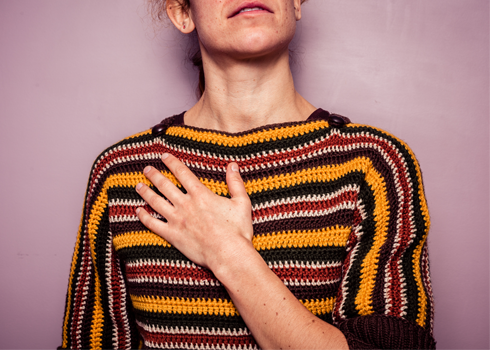 BY CLIFTON B. PARKER

The practice of compassion meditation may be a powerful antidote to a drifting mind, new Stanford research shows.

Compassion meditation focuses on benevolent thoughts toward oneself and others, as the researchers noted. It is different in this aspect than most forms of meditation in the sense that participants are “guided” toward compassionate thoughts.

The research article, “A Wandering Mind is a Less Caring Mind,” was recently published in the Journal of Positive Psychology.

“This is the first report that demonstrates that formal compassion training decreases the tendency for the mind to wander, while increasing caring behavior not only towards others but towards oneself,” said James Doty, a co-author on the study, Stanford neurosurgeon and the founder and director of Stanford’s Center for Compassion and Altruism Research and Education.

“Mind-wandering” is the experience of having your thoughts not remain on a single topic for long. Prior research suggests that people spend as much as 50 percent of their waking hours in mind-wandering, often without realizing it.

Doty said that mindfulness is extremely useful in today’s world with its myriad of distractions, as humans are often overwhelmed and can find it difficult to attend to necessary tasks.

“By closing one’s eyes and engaging in attention training through a mindfulness practice, not only does it diminish the negative physiologic effects of distraction, which can result in anxiety and fear, but it can increase one’s ability to attend to important tasks and not have an emotional response to the often negative dialogue which is frequent in many individuals,” he said.

One way to thwart mind-wandering is through practices that enhance “mindfulness,” or the state of paying attention in a non-judgmental way to the present moment, the researchers said.

Distinct from other forms of meditation, compassion meditation training involves the recognition of, and wish to relieve, suffering in others and oneself. As such, there is an emphasis on the focus of one’s attention on a particular person, object, or situation, rather than engaging in meditation where there is no specific object of meditation.

“This difference in technique may in turn lead to changes in mind-wandering that are different from what is observed with mindfulness training,” the researchers wrote.

As the researchers noted, compassion is defined by an awareness of suffering, sympathetic concern and a wish to see the relief of that suffering, and a responsiveness or readiness to help relieve that suffering.

The study examined 51 adults during a compassion meditation program, measuring their various states of mind-wandering (neutral, pleasant, and unpleasant topics) and caring behaviors for themselves and others. Participants took a secular compassion meditation training program developed at Stanford University that consists of nine two-hour classes with a certified instructor.

They were encouraged to meditate at least 15 minutes daily and, if possible, 30 minutes. At various intervals, participants were asked questions such as “Are you thinking about something other than what you’re currently doing?” and ‘Have you done anything kind or caring today for” yourself and then again for another?

The researchers also gave the participants examples of “kind or caring behaviors” – such as visiting with people at a retirement home, helping a child with homework or in learning something new, and telling a friend, family member or co-worker what they appreciate about that person, for example.

The results indicated that compassion meditation decreased mind-wandering to neutral topics and increased caring behaviors toward oneself.

The researchers say the study is the first to provide initial support that formal compassion training can reduce mind-wandering and elicit caring behaviors for oneself and others.

Doty noted that mind-wandering by itself may not necessarily be bad. Unlike mind-wandering that drifted to negative or neutral topics, the researchers did not find a decrease in caring behaviors for self or other when the mind wandered to positive topics.

People allow their minds to wander, by choice or accident, because it sometimes produces concrete rewards – such as an intellectual insight or even physical survival.

For example, rereading a line of text three times because our attention has drifted away matters very little if that attention shift has yielded a key insight or a pleasant topic. This contrasts with mind-wandering that unleashes a flood of anxiety and fear, for example.

Doty noted that one of the evolutionary traits in the human species is the ability to monitor potential threats and immediately focus one’s attention on that threat.

“If there are too many such threats or, in the case of living in modern society with so many events that one feels they must attend, our internal system to analyze such threats can cause us to feel overwhelmed, anxious and exhausted,” he said.

Doty added that mind-wandering can be reflective of this reality as one’s attention keeps getting diverted.