Dealing with Verbal Attacks: 6 Ways to Take the Sting Out of an Insult 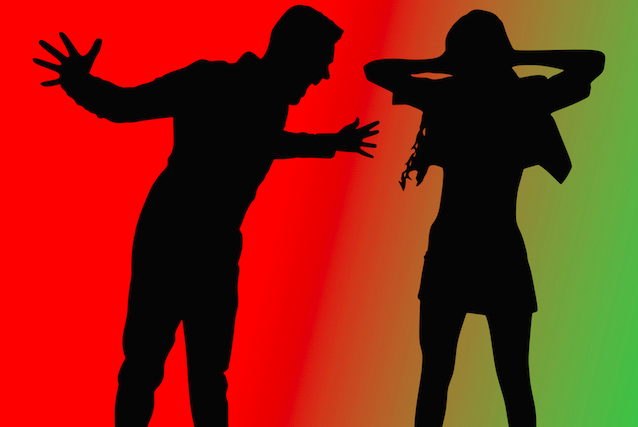 “Pain can change you, but that doesn’t mean it has to be a bad change. Take that pain and turn it into wisdom.” ~Unknown

Sometimes other people’s words can stir up very painful emotions in us.

Do you remember when you felt so disempowered by someone’s remarks that you froze on the spot and couldn’t think of anything to say back to them?

Or maybe you did say something, but it was so lame that you wished afterward you’d kept your mouth shut and just sucked it all up.

This happened to me recently when I was helping someone and, instead of gratitude, I received verbal abuse. I learned a valuable lesson from it that I would like to share with you.

When Words Make You Speechless

As part of my job, I provided home care for an elderly lady, and from day one I had a feeling we would clash.

She was eccentric, quick to judge, and unafraid about voicing her opinions. Being a timid person, I always tried to avoid conflicts with such people.

One seemingly unremarkable day, as I was finishing my duties at her house, I began to engage in small talk with her. I was stunned when she replied out of the blue, “You are so stupid! Your whole being, and the way you are!”

Within a split second I was swimming in negative emotions, so shocked that I literally froze in my tracks. I stood there in disbelief, unable to say a single word, wrapped in embarrassment and shame.

Then came the internal chatter. “How could she be so insensitive? Does she realize how hurt I feel? I should say something back, but I just can’t think what.”

From deep pain to personal empowerment

I walked away that day vowing never to feel so weakened by someone’s statements again.

I went over this episode in my mind, looking for answers. Within a few weeks, I no longer felt hurt. Instead, I had developed a new perspective—I needed this experience to resolve something within myself.

I have had similar incidents since then, and my reaction is now completely different. I’m freer and stronger.

It can take a while, but determination and conscious effort will bring you the gift of a new perspective, just as it did for me.

Taking the Sting out of Insulting Words

Being verbally abused hurts. It’s perfectly natural to react defensively—but once the initial shock has worn off, here are six ways you can turn your reaction into something positive.

1. Allow yourself to ruminate in a healthy way.

It’s normal to replay upsetting events in your mind to get a handle on them. Done right, introspection is a valuable device for personal growth and empowerment.

Thoughts and images from a hurtful episode will pop up time and again as long as it still bothers you. So instead of suppressing them, allow them to surface. Observe them—but without obsessing and getting stuck in a mental loop.

Then, each time memories of the event surface, ask yourself if you are ready to let go of the shame that accompanies them. Think of this process as using an eraser; every time you rub away, the pain will start to fade and soon only a faint mark will remain.

2. Identify the other person’s (possible) motive.

In situations like this, convincing yourself you’ve done something wrong can be an automatic reaction.

Although you’ll never know for sure why someone gains pleasure from dishing out verbal abuse, you can make some educated guesses. Unless the person is a total stranger, you’ll have some understanding about them and you can figure out if they are intentionally malicious or just thoughtless and not worth wasting your energy on.

But don’t just rely on your own intuition—get a second opinion. Be a detective and quiz mutual acquaintances. They’ll likely share similar stories, and might even add insights that will help relieve more of your emotional burden. (This is not gossip—it’s for your own peace of mind.)

When I spoke to friends about my experience, I heard nearly identical tales of how this woman had bullied and intimidated others. I knew that bullies are usually suffering themselves, so these stories confirmed to me that she had acted from a state of pain herself, meaning that her words were not true reflections of me.

To better prepare yourself for the next time you are insulted, spend a little time reflecting on why you are so affected by the words of others in the first place. What beliefs do you hold that contribute to your reactions?

Think about how, in the heat of the moment, you are so swallowed up by emotions that you can’t think clearly. What creates this storm inside you?

For me this answer took a while, but I now think it was about pride—I felt my identity was under threat. I was attached to the idea that everyone should treat me kindly, so my world was shattered when someone didn’t.

Upon reflection, I figured I’d do myself a favor if I didn’t expect to be liked by everybody and instead embraced the possibility that conflicts might occur.

What beliefs do you hold that might be counterproductive to your emotional wellbeing?

4. Know what words really are.

Another thing I learned on this journey was that words by themselves are not harmful. It’s the meanings they carry that make them powerful.

Imagine having a conversation with someone who speaks a different language than you. Nothing the other person says to you makes sense. You look at them blankly, trying to piece some meaning together out of the jumble of sounds you hear. It wouldn’t matter if they were cursing or flirting—you wouldn’t know the difference.

So why is it that once you are aware of what these words mean, they have the potential to hurt? At some point you learned to associate words with meanings, but in reality they are just sounds. It’s up to you what you make of them.

Open your heart to the possibility of being wounded by others’ words. Life is never a smooth ride, and sometimes other people will hurt you with what they say. They may even render you silent when you’d rather stand up for yourself.

Remember that a small bump in the road doesn’t mean you’ve failed or that you have to hide. Accept that you sometimes won’t have the courage to act, but you can change over time.

The key, I’ve found, is slowly opening up. Share your true self with others. The more you admit your ”imperfections,” the more others will respect and accept you. Talking things over with friends, family, or even someone neutral makes you more human and relatable.

As researcher, author, and speaker Brene Brown has said, “Shame derives its power from being unspeakable.” Therefore, to prove your shame wrong, go out there and talk about it. After a while it will diminish and go away.

6. Resolve to speak up next time.

All this insight can help you deal with past insults, but what about the next time someone verbally attacks you? After all your reflection and internalizing the importance of bravery, will you be ready to stand up for yourself and fight back?

Sure enough, I didn’t have to wait too long for another round of insults by someone else. She was big, bold, and brash.

This time the stakes were higher—we were in the company of other people whom I knew and respected. And this woman didn’t just aim a word or sentence at me; it was an entire barrage of accusations intended to undermine my persona.

I waited until we were in private. Then I said my piece with real force and emphasis. The end result? She never treated me like that again. And I grew enormously in my own eyes.

You can do this, too.

We were all born with a perfect system to take on life’s challenges, be that running away from a tiger or standing up for ourselves.

If you believe you’ve lost the ability to stand firm in the face of insults, it’s never too late to get it back.

You’re perfect as you are now, warts, vulnerabilities, and all.

So don’t let a little wobble like someone’s words throw you off track. Take it in stride and remember they are just sounds that you are giving certain meanings to.

Because insulting words don’t just have the potential for hurt. They also have immense power to change your life for the better.

The question is, are you ready to use the verbal attacks of others as fuel for personal growth?

I was a timid person and I did it—so I know you can, too.

Andrea, a quiet spirit, helps to make you feel at ease when interacting with others.

This site is not intended to provide and does not constitute medical, legal, or other professional advice. The content on Tiny Buddha is designed to support, not replace, medical or psychiatric treatment.