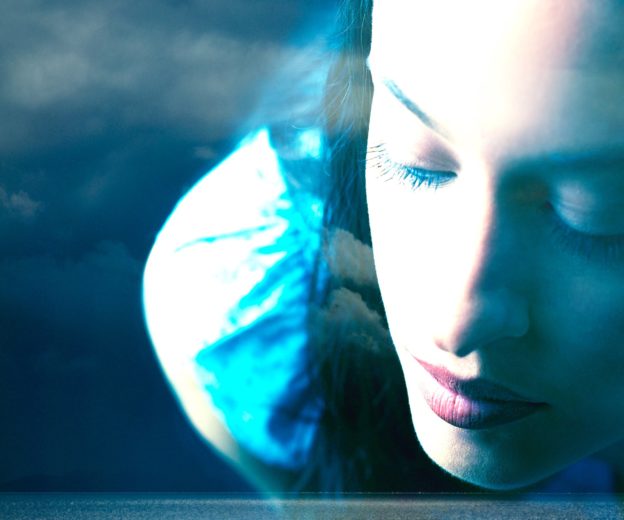 A common way in which we deal with unpleasant emotions is to suppress or ignore them. These are normal coping mechanisms our minds use to handle situations we don’t particularly want to deal with in the present moment. When strong emotions come into our consciousness, there is often something inside of us which says, “This is going to ruin my happiness right now and I don’t like that, so I’ll just deal with it later.” The problem with this approach is that ‘later’ never comes and these emotions get pushed further down, out of our conscious awareness.

It is a basic law of the universe that energy cannot be created or destroyed, it can only change form. The same law applies to our consciousness. We can suppress emotions for a very long time, and although they leave our conscious awareness, it doesn’t mean they are completely gone. This repressed emotional energy gets buried deep within the basement of our subconscious, where it sits gathering ‘emotional dust’.

This ‘dust’ is actually emotional energy that resonates with the repressed emotion. These emotions also attract like-emotions, and they do this by bringing situations into our day-to-day life which activate and feed them with similar emotional energy. In this way, suppressed emotions (which are basically energetic patterns) begin to gain more power, until an emotional pressure begins to build.

This internal pressure of repressed emotions is what many of us are afraid to look at. This gradually accumulates until the pressure becomes too great to remain hidden, and rises to the surface in a fit of rage, depression or an uncharacteristic emotional reaction. When this breakdown happens, we feel a temporary relief from the released energy. However, if we don’t work to bleed out all the accumulated energy, the pressure will, once again, begin to build until the next ‘external’ event releases more of the pressure.

When an emotional trauma occurs, there is the choice to either deal with it effectively or to turn away from it. When we choose to turn away from it, we must do something with the energy of the situation. We either 1) repress/suppress the emotions, 2) express them (i.e. saying things out of anger), or 3) distract ourselves with something else.

These debilitating forms of handling emotions lead to the reinforcement of an emotional pattern within the psyche, which can eventually take on a life of its own and begin to run our lives. When approached in this way, the process can continue indefinitely, or until a complete (often called nervous) breakdown occurs. The nervous breakdown, although traumatic, usually has a very transformative effect because a vast amount of pent-up emotion is released in a very short period of time. It is this catharsis, or ‘dark night of the soul’, that is touched upon in many world myths, religions, and shamanic traditions.

The good news is that we don’t have to wait for a complete nervous breakdown to start letting these repressed emotions go. There is a way to let out this emotional pressure, no matter how deep, in a beneficial and transformative way. It requires radical self-honesty and the courage to face the fear that played a main part in suppressing the emotions in the first place.  It is not the easiest of paths, and not to be undertaken lightly, but it is one that we must take if we wish to live a truly peaceful and balanced life.

First, it is important to create a safe environment in which the decompression process can occur.

The tools for cultivating this are simple: humility and acceptance. We can become humble to the fact that everything is fine, and the emotions we fear coming up, in reality, are not going to kill us, even though at times it may feel like it. We can also cultivate an attitude of acceptance towards all the emotions that arise and just observe them, without judgment.

Second, drop the urge to label the emotions as they arise. Ignore all thoughts about the emotion and instead focus on the sensations that occur in the body. At first, this may be difficult to do, as an emotional numbness can be present. If this is the case, focus on the intention to just feel them, and eventually it will happen.

Once the thoughts and labels about the emotions have been dropped, just sit with the feelings, without trying to change them. Notice if there is a resistance to the way the emotions feel, and just be with that. If a resistance is felt, the key is to not resist the resistance.

In the space of observing the emotions as they are occurring, free of any mental labeling, they become only energies playing out across the energetic backdrop of consciousness. Since there are no labels, it doesn’t even matter if they are there or not. You can ask the question, “What if this feeling stayed in the body forever?” Then what? Would it kill you to feel this way forever? Probably not…

THE RADICAL STEP: ACCEPTING THE EMOTIONS, AS THEY ARE

Try for just a second to experiment with the possibility of the emotion never leaving you, and being totally okay with it, without needing to change anything. Notice how this attitude feels, compared to that of resistance. It can almost feel peaceful, even in the midst of a very heavy emotion.

As can be seen, there is no limit to how much you can accept what is happening, to just let it be. Fortunately, there is a limit to the energy of the emotion being let out. If we are patient enough and continue to surrender to the process, eventually the pressure of the emotion runs itself out completely, as if a fire has burned it out of us. It is this transformative fire of the decompression process that clears out all of the unpleasant feelings associated with repressed emotions. What remains is the warmth from the fire, and in it all of the lessons we were meant to learn from the experience.

Ryan Brown is a meditation teacher, energetic healer and writer. He has studied shamanic traditions of the Amazonian Basin and strives to integrate the ancient wisdom teachings of both the East and West in a way that is applicable to modern living. You can learn more about his pursuits at www.wayruna.org.