Learning to Accept Our Emotions: Lessons from Disney’s ‘Inside Out’ 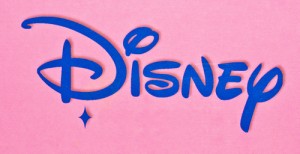 I rrecently had the opportunity to see Disney Pixar’s latest animated feature, “Inside Out.” I didn’t need much prompting: it’s a movie about feelings, and I’m a psychologist. It did not disappoint.

Here’s a quick synopsis of the film’s premise (spoiler alert): An 11-year-old girl named Riley moves cross-country with her family. A move is a huge transition, especially at such an impressionable age, and she experiences a gamut of emotions as she leaves her home, friends, and hockey league behind. Riley’s feelings — the main characters of Joy, Sadness, Anger, Fear, and Disgust — provide a glimpse into the workings of Riley’s mind as she navigates this life-changing experience.

Many of the movie’s messages measured up from a neuroscientific perspective (for example, the way a day full of short-term/working memories is consolidated during sleep). While the film gave up some scientific integrity for the sake of storytelling, its poetic license didn’t drive too far away from reality. We are made up of personality traits that wax and wane in prominence and under different circumstances.

“Inside Out” provides an empowering message about how to understand, connect to, and accept our feelings and memories in a way that is conducive to thriving. It did this in five ways: