Meditation leads to an effective use of the brain 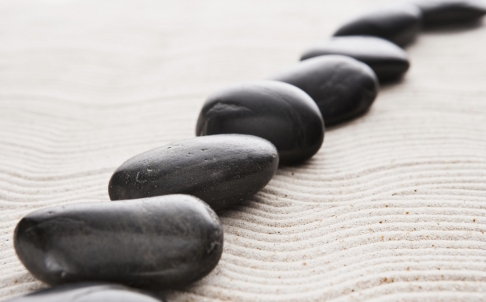 Are you always rushing from one place to the next? Do you often eat without really tasting the food? If you do, then listen up: part of your brain may be in overdrive, acting as though you’re being chased by a predator. Not only is it not doing you any good, it’s also making you function inefficiently.

The amygdala is the brain region that is involved with the fight and flight system and the experiencing of emotions. This is the part of the brain that senses danger and gets us to respond even before we have a chance to think about it. It’s an immediate responlse.We end up worrying about the future or brooding about the pastPROFESSOR MARK WILLIAMS

But when our lives are not in danger, the amygdala should be turned off, otherwise we would be living in constant overdrive, a frantic mode of being that risks burning us out.

“For people who rush around, their amygdala is permanently on. It’s an illusion of creative productivity,” says Mark Williams, director of the Oxford Mindfulness Centre at Oxford University.

For the past 20 years, Williams has been studying the benefits of mindfulness meditation, a simple form of meditation based on Buddhist practices. Working with two other psychologists, John Teasedale at Cambridge University and Zindel Segal at the University of Toronto, he has focused on helping people with depression.

The three were drawn to the potential benefits of a mindfulness stress reduction programme developed by Jon Kabat-Zinn in the late 1970s, which was based on Buddhist teachings.

Accompanied by guided meditations, the eight-week course is taught at centres or can be done by self-study with a book and CD, Mindfulness: A Practical Guide to Finding Peace in a Frantic World.

Mindfulness is about observation without criticism. A typical meditation consists of focusing your attention on your breath as it flows in and out of your body.

The idea is not to try to banish your thoughts, but to notice them as they come and let them go. By doing so, you realise that thoughts and feelings – the good as well as the bad – are transient.

Mindfulness allows the meditator to catch their negative thought patterns before they tip them over into a downward spiral. This helps people take control of their lives.

“Humans have an extraordinary ability to do counter-factual reasoning – the ability when something happens to say what if this or that happened,” says Williams.

The difficulty for the brain is to distinguish between our imaginings and reality, because they can both lead to powerful emotions. In the evolutionary scheme of things, this is a relatively new problem.

Says Williams: “We’re so good at remembering the past and imagining the future, what’s reality and what’s not, what actually happened and what will actually happen.”

For many Hongkongers it seems that frantic thinking – and being – is an inevitable part of city life.

But Williams says that those who practice mindfulness meditation will be able to function more effectively and creatively, even when there are a lot of demands on their time. The benefits can be seen in as little as eight weeks.

Williams’ work at Oxford focuses on laboratory tasks. He pays close attention to the work of other scientists imaging the brain.

UCLA psychologist David Creswell has used functional magnetic resonance imaging to show that people who always rush around during the day have a big response in their amygdala.

Once they have done a mindfulness meditation course, their amygdala isn’t as overactive.

Animals are able to turn their amygdala on and off. Gazelles are a good example; if a lion chases them, their amygdala begins firing, and this helps them get away from the predator.

But as soon as the lion stops chasing them, the herd is back to grazing within five minutes. They need to eat, and so have learned to turn their amygdala off when they don’t need it.

“What we find in humans is the amygdala switches on, but because we have our imagination and we can think about all the future things that might go wrong, it doesn’t so easily switch off for many of us.

“We end up worrying about the future or brooding about the past. The amygdala is kept switched on for things that have not even happened yet – we can invent worries,” explains Williams.

By practicing mindfulness meditation, one can get better control over their amygdala.

Brain imaging scans have shown that after a mindfulness course, the amygdala actually shrinks, and this correlates with the reduction in perceived stress.
This article appeared in the South China Morning Post print edition as Brain overdrive leads to burnout