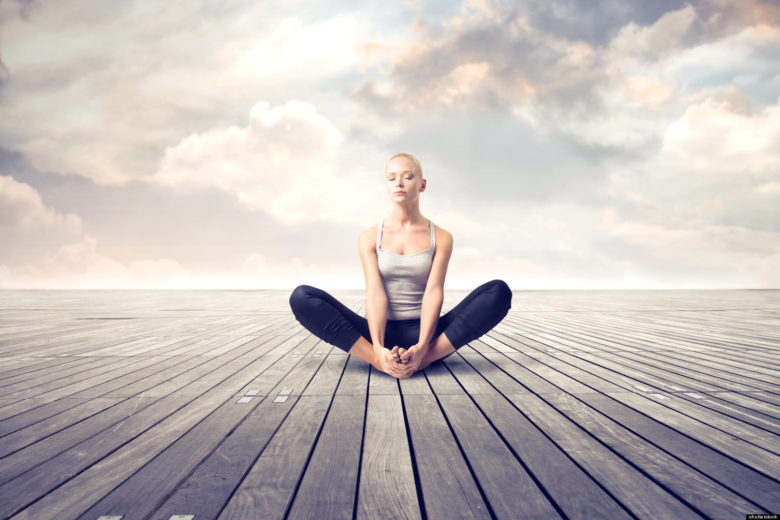 It was during a meditation retreat thirty-five years ago that Dr. Jon Kabat-Zinn, author of Full Catastrophe Living, Wherever You Go, There You Are, and other books had a vision that shaped his life’s work. This meditative insight, a mere ten seconds long, led to the creation of an entire clinical program at the University of Massachusetts Medical Center which came to be known as Mindfulness-Based Stress Reduction, also known as MBSR. This powerful program takes the form of an eight-week course, which utilizes the ancient practices of yoga and meditation in order to improve the quality of one’s life and health. Dr. Kabat-Zinn has spoken to sold out audiences around the world about the power of the present moment and how to access it using MBSR amidst the seeming chaos of our daily lives.

How did you develop the modality of MBSR (Mindfulness-Based Stress Reduction)?

I had spent about 10 years during and after I got my Ph.D. at MIT meditating of the question: What is my real job on the planet, with a capital J. By real job, I meant something I loved so much I would pay to do it.
On a meditation retreat –in a five to ten second period of time — I had a vision of what I later called MBSR. It was clear to me that trusting that vision, which included researching its effects on medical patients in an outpatient setting, was worthy work to pursue.

What was the process of introducing MBSR into the mainstream?

I was already at the medical school doing research on muscle development and teaching gross anatomy as a postdoctoral fellow, but I knew that was not my life’s work. I had the thought ‘Why not bring the meditation that I have been practicing on my own and in Buddhist retreat centers since the mid-Sixties into the hospital itself in a language and framework that regular people could understand?’ I talked to various doctors and they said, “I can think of dozens of patients I’d send to you immediately because they’re not getting better with what we’re doing.” The whole idea was to see whether we could use these meditative practices, including mindful hatha yoga, to help medical patients to mobilize their own interior resources for learning, growing, healing, and transformation, starting from wherever they were at, and the medical conditions they were dealing with, as a complement to whatever treatments they might be receiving.

What was the response?

As soon as we started, it was pretty obvious that it was going to be helpful to them. At first, most were chronic pain patients who were struggling because the usual drug treatments and even surgeries in some cases weren’t working. We invited them, paradoxically, to put the welcome mat out for whatever sensations they were experiencing, just to see if they could attend to them moment by moment and “befriend” the actuality of their experience, even briefly. Part of the practice also involved noticing how they were using the word “pain” to describe their experience, even in their thought processes, to themselves.
After a week or two of practicing the body scan, some people reported that their pain had changed in some interesting and sometimes surprising ways, and in some cases, depending on their condition, had even disappeared for stretches of time. They were also reporting deep insights that they could be in a wiser relationship with the sensations they were experiencing, even the strongly unpleasant ones, without having to have them go away, or in other words to be using meditation to get rid of the pain rather than to investigate it directly and become more intimate with it.
When we posed the question at the end of the eight weeks of the program, “What is the most important thing you learned during this time?” they said two things: one is “the breathing” (meaning awareness of their breathing) and the other, that “I am not my thoughts.”

The realization that we are not our thoughts is a huge shift.

Sometimes the participants in the MBSR program would say things like, “Oh, my god, where have I been for the past 40 years? I’ve been missing my life. I’ve been thinking that it was supposed to be all about this or all about that.” It is like a new beginning, a new way of being in relationship with your own life, all of it, the pleasant, the unpleasant, and the neutral, what I call, after Zorba, the full catastrophe of the human condition. The discovery is that it is workable if we are willing to do a certain kind of work on ourselves, the work of mindfulness and self-compassion.
People discover that if there is any “magic,” it is not in the meditation instructions per se; the real magic is in them, and in every one of us. When we intentionally cultivate moment-to-moment non-judgmental awareness, that magic comes out. It is an invitation to listen to and get to know and trust our own biology, our own DNA, our own heart, our own mind.
MBSR started decades before we knew about neuroplasticity. Now, the biological evidence shows that the entire organism is plastic, the brain, the DNA, the chromosomes and the cellular structures. Everything is continually renewing itself on the basis of how you conduct your life; what you eat, what you think about, how angry you are, whether you spend time in silence, inhabiting the domain of being rather than running around multitasking, everything.

You mentioned silence and inhabiting the domain of being. What does that mean for you?

For me, both in my own personal practice and in the work that I do with other people, if I have to put it all into one word, it’s awareness. Awareness is a capacity you already have within you, but usually people feel like they’re missing something. What we’re saying is there’s something larger than your self-constructed universe of thoughts and emotions. This awareness is an intrinsic dimension of your being by virtue of being human. It is always available, but we rarely pay any attention to it or learn to inhabit it. And if we do, it is profoundly healing and transforming.

Stillness for me is an embodied resting in being that is not disturbed by sound or movement. It is a synonym for silence, for wakefulness, for awareness. The experience of stillness and silence can be found inside sound, underneath sound, in-between sounds, and equally in-between and underneath thoughts and emotions.
For Americans, we tend to be looking for things to get better, to be continually improving. With meditation, if you practice, on the conventional, instrumental side, of course you will get better at stabilizing the mind and perceiving with greater clarity. Things do deepen with ongoing practice. But if you are only practicing to experience some special state, or to get to a so-called better place, you are missing the absolutely critical non-instrumental aspect of meditation, which is that in this very moment, there is actually no place to go, nothing to do, and nothing to attain. Wakefulness is already here. It only needs to be recognized and inhabited — even if it is for the briefest of moments. It is your true nature. No need to improve on it; nor is improving on it possible.

So, in a sense, the quality of our lives depends on our ability access the present moment as opposed to the constant need for improvement.

In more ways than you think. I’ve tried over the years to develop a way to language this domain of being, of non-doing, of wakefulness itself that speaks to the heart of the mater in a fashion that most people can intuitively understand, because we are all under stress, we are all suffering in one way or another, and we all have the capacity to be more awake and aware right in this moment. Since it is really about the present moment, the approach has to be spontaneous rather than thought out in advance. It has to be embodied. I just trust that, in a sense, my whole life has been a certain kind of preparation for this moment we call now, and that whatever emerges will be good enough. It doesn’t have to be perfect. It will be good enough for that moment. I have never found that that was not true.

You immerse yourself in the present moment and just trust.

So, you allow it to happen rather than trying to control it to get a certain result or reach a certain goal.

Exactly. At the same time, in regard to teaching, I certainly have a framework. I have an intention, but it’s very spacious. It’s to ignite the passion in others for mindfulness and heartfulness, for awareness itself and help them develop a lifelong commitment to living life fully and wisely.

The trust and the space has clearly allowed that to manifest. Being in the present moment truly allows for transformative results. It’s so simple.

I love that Eckhart’s message is so straightforward and clear in terms of the power of being present, the power of now. It’s that wonderful metaphor of the sun. The sun is always shining. It’s the clouds that obscure the sun.