Mindfulness study to track effect of meditation on 7,000 teenagers 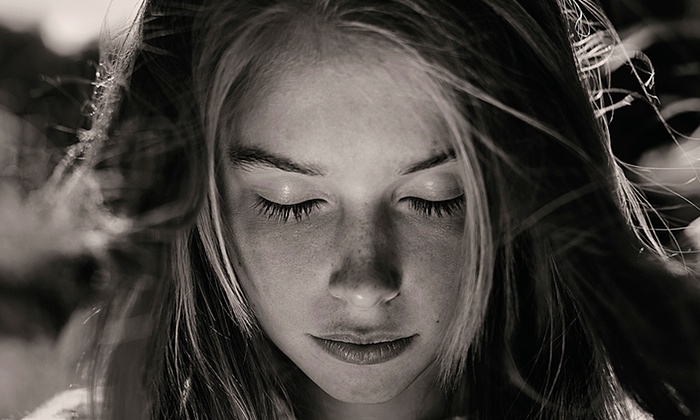 Seven thousand teenagers wrestling with the churning emotions of adolescence, exam stress and peer pressure are to take part in an unprecedented trial of the effect of mindfulness meditation on mental health.

Psychologists and neuroscientists from Oxford University and University College London announced on Wednesday they plan to recruit children aged 11 to 16 from 76 secondary schools as part of a seven-year study. They said it would be the largest trial of its kind ever conducted and it would test some of the increasingly ambitious claims about the power of mindfulness meditation to tackle illnesses such as depression and anxiety.

The practice emerged in the 1970s from ancient Buddhist meditation and essentially involves observing your thoughts as they pass through your mind and actively choosing whether to get caught up in them or not. It has boomed among adults in the UK and US.

About 2,200 people have trained as mindfulness teachers in the UK, enough to teach 200,000 people a year, and there are over 700,000 subscribers to a smart-phone app which helps people meditate, called Headspace.

The Wellcome Trust is funding the £6.4m study into the effect on teenagers to find out if enthusiasm for mindfulness has outstripped the science.

The results of the study will be watched closely by policymakers. In January, a cross-party committee of MPs found frontline public servants could be less likely to fall ill with stress, or quit altogether, if they practiced mindfulness and there have been small trials among nurses, managers and schoolchildren.

One teacher involved in the project admitted it could be a challenge to sell mindfulness to young people. “It is not especially cool,” said Paula Kearney, a geography teacher at the UCL academy in north London who has trained her pupils in mindfulness. “I have had a lot of ‘Miss, I’m not going to do this, this is ridiculous’.” But other pupils have spoken of its benefits.

Willem Kuyken, a professor of clinical psychology at Oxford University, who is leading the study, said the spread of mindfulness among children could do for the British population’s mental health what fluoride in the water did for its teeth. He said the trial was focusing on children partly because of evidence that half of all mental health disorders begin before the age of 15. He wants to test whether mindfulness can increase resilience to “a core vulnerability” displayed by teens: difficulty sustaining attention in the face of thoughts and impulses that can become overwhelming.

“Just as going for a run is a well-known way of protecting general physical health, mindfulness exercises develop mental fitness and resilience,” he said. But “enthusiasm is running ahead of the evidence and that is no basis for policy decisions. None of the previous research has been definitive and there is now a pressing need for a high quality robust trial to assess effectiveness.”

Starting next year, 3,200 11- to 14-year-olds – representing a cross-section of British youth – will be trained in secular mindfulness techniques in a 10-week course which involves a 30-minute lesson every week and up to 20 minutes’ daily practice at home. They will be taught simple meditations, such as the “7/11” breathing exercise where you breathe in for seven seconds and out for 11, or a walking meditation. Another 3,200 will receive standard personal, health and social education lessons. Over the following two years both groups will be monitored for their susceptibility to depression and associated mental disorders.

A further 600 11- to 16-year-olds will be tested by neuroscientists led by Professor Sarah-Jayne Blakemore at UCL before and after mindfulness training for how it affects their self-control and emotional regulation. Some will have their brain activity scanned; others will respond to computerised tests. Blakemore said the brain’s prefrontal cortex, which is involved in decision making, self-control, emotion regulation and self-awareness, undergoes a substantial reorganisation in early adolescence. She wants to find out exactly when during this period mindfulness has most effect.

“The brain is susceptible to negative and stressful environments and that might be one reason why we see an increase in the development of mental illnesses in early adolescence,” she said. “But the brain is also susceptible to interventions which improve resilience, which we are hoping includes mindfulness.”

Kearney has taught mindfulness to pupils at the UCL academy and said that despite initial reluctance to take part by some, their self-awareness has increased.

“In doing that they become more compassionate and understanding and develop better friendships,” she said.

One of the pupils she has taught is Haroon Hussein, 13. “There are bad influences in many parts of the city and many people my age are joining gangs, smoking and you might be curious to find out what’s going on,” he said. “But taking a moment to step back and do a mindful exercise and see what the outcomes and problems might be instead of rushing in can help. It stops you being impulsive.”

His schoolmate, Patricia Markauskaite, 12, said: “If I have lots of homework and I feel a bit stressed about how I am going to get things done, I will take a mindfulness moment when I have finished the first piece and prepare myself for the next one. Quite a few people at school think it’s silly. They just think it’s some meditation, it is so boring, there is no point. It’s not awkward for me. I’ve done it and like it. I think if they’d tried a mindfulness course they would like it.”

‘Each bus is a thought’

Mindfulness meditation techniques date back 2,400 years in Buddhist tradition but were updated in the 1970s for a new secular audience. Now they have been updated again for schoolchildren. One of the adapted meditations, aimed at encouraging pupils towards the core insight that thoughts are not facts, is called “thought buses”.

She said: “We are not encouraging students to stop thinking, to banish thoughts and get rid of them. All you are doing is giving them a tool to exercise some level of control over what their thoughts are and how distracting they are on a day to day basis.”© 2015 Guardian News and Media Limited or its affiliated companies. All rights reserved.