New Research on Mindfulness and Forgiveness Does practicing mindfulness regularly makes us more likely to forgive? New research finds a surprising connection between meditation and forgiveness. 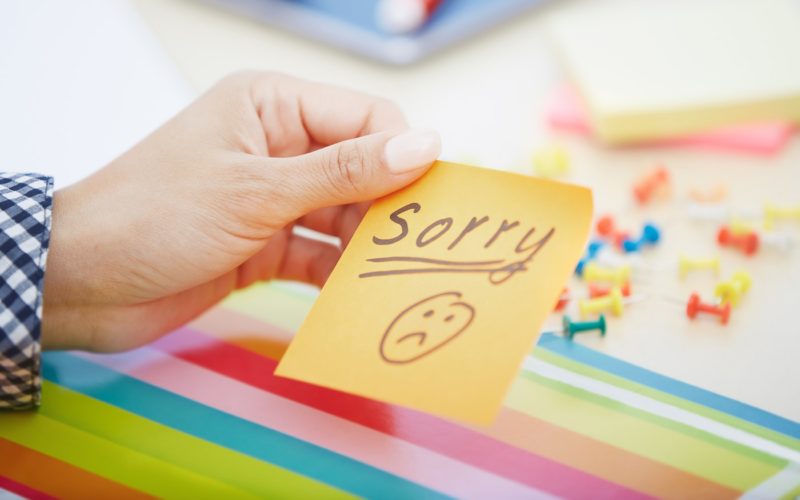 BY B GRACE BULLOCK PHD

Letting go of hard feelings toward another person is one of the most important skills we can learn if we want to sustain healthy relationships throughout our lifetimes. But, in order to forgive someone, we need to pause and see the situation from the other person’s point of view. This can be extremely difficult to do, especially if we feel slighted in some way. New research suggests mindfulness may help.

What the Research Says About Mindfulness and Forgiveness

Scientists at Radboud University in the Netherlands conducted several studies to see if mindfulness, or paying attention on purpose with an open and accepting attitude, is related to our ability to forgive.

In the first study, 160 men and women, 72 of whom reported having a regular meditation practice, completed an online survey about their meditation practice, mindfulness, and their tendency to forgive. Some of the participants were new to mindfulness (36.1% of respondents had 1 to 5 years of meditation experience), while others had been practicing for years (12.5% had between 6 and 10 years of practice, and the other 18.1% had been meditating for over 10 years).

As anticipated, people who meditated reported being more mindful, but meditators (no longer how long they had been practicing) were not necessarily more forgiving than non-meditators. It was a person’s “mindful disposition,” or tendency to be inherently mindful, that was most strongly linked to a forgiving attitude.

To understand these results, the same researchers dug deeper into the links between meditation, mindfulness, and forgiveness. They asked a different group of 87 college-aged students to answer questions about perspective taking and rumination in addition to those about mindfulness and forgiveness.

Students with higher mindfulness scores were more willing to take another person’s perspective, which was associated with a greater likelihood to forgive

Here they found that students with higher mindfulness scores were more willing to take another person’s perspective, which was associated with a greater likelihood to forgive. Rumination did not play a factor.

Would these results hold in a real-life experience? To answer this question  a new group of 124 university students were asked to recall a time when they’d been offended and write down their experience. They then rated how close they were to the person who harmed them, and how hurt they felt, and filled out questionnaires about perspective taking, rumination and mindfulness.

Similar to the first 2 studies, mindfulness was linked to forgiveness, this time of an actual past offense. Much of this effect could be explained by the respondent’s ability to take another’s perspective, and rumination didn’t play a role. What’s more, this tendency to forgive was stronger with closer others, but less likely if the harm was felt to be severe.

Can You Learn to Forgive?

Although these studies looked at correlations between mindfulness and forgiveness at one point in time, they couldn’t tell whether mindfulness caused a person to forgive. To figure that out, researchers explored whether brief mindfulness training might increase a person’s willingness to forgive.

They asked 98 adults, mostly college students, to recall a past event where they’d been slighted, then assigned each to either a mindful attention group or a control condition. Both groups received roughly 7 minutes of audio instruction.

Those in the mindful attention group were told that thoughts and emotions are temporary, and asked to picture their mind as a blank movie screen. A description of their past harmful event was then displayed in front of them. They were asked to imagine the situation in detail, observe their thoughts and emotions, and allow their feelings to appear and disappear on and off their “mental” screen.

In the control condition people were asked to recall their hurtful situation in detail, then focus on their thoughts of the event. Both groups then completed questionnaires about their level of forgiveness, mindfulness and negative emotions. About 2 weeks later they were sent an email asking them to recall they event they’d written down, and fill out another questionnaire.

The result – those who were asked to mindfully attend to their thoughts and feelings when thinking about a past hurtful event reported less negative emotion and a greater tendency to forgive immediately after mindfulness instruction, but only if they were dispositionally mindful. In other words, being prompted to respond mindfully did not have an effect on forgiveness if a person was not inherently mindful to being with. Mindful individuals also reported less negativity and a greater likelihood to forgive 2 weeks later.

Forgiveness demands presence, reminding us that we are not the same as the feelings we possess in a given situation, nor is the person who we’ve harmed or who has harmed us.

These studies consistently point to a mindful disposition as being strongly related to a forgiving nature regardless of whether or not someone meditates. What we don’t know is whether practices that foster compassion and loving-kindness might enhance the ability to forgive.

Like mindfulness, forgiveness is an evolving process that can be similar to loving-kindness says renowned meditation teacher Sharon Salzberg. “Forgiveness demands presence, reminding us that we are not the same as the feelings we possess in a given situation, nor is the person who we’ve harmed or who has harmed us.”

Whether forgiveness is part of your nature, or something that requires considerable time and effort, letting go of grudges and bitterness are inevitably good for your health, and your relationships.