Responding Rather Than Reacting 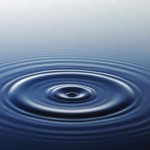 What is the difference in responding and reacting?  While the distinction may seem to be one of semantics, the impact of each in your life can be huge because reacting is an instinctual behavior directed by the reptilian brain, and responding is a conscious choice involving input from the more evolved brain

In his book, Just One Thing: Developing a Buddha Brain One Simple Practice at a Time,Rick Hanson explains how the two differ in your brain.  To simplify drastically, the human brain evolved in stages beginning with the reptilian brain, the brainstem, which is primarily concerned with avoiding harm. Next, the mammalian brain, the limbic system, developed which focuses on approaching rewards.  Finally, the human brain, the cortex, formed which is all about attachment.  In every human today, these three systems are constantly at work.

The Difference In Your Brain

When anything happens in the environment to cause you feel the slightest bit threatened, ranging from someone cutting you off in traffic to a coworker making a critical remark, your reptilian brain activates in the fight or flight reactive mode.  A million years ago, this was a good thing to keep our ancestors alive; however, in today’s world, it happens all too often.  Whenever you are pressured, worried, irritated, or disappointed this same mechanism kicks in which not only feels crummy and can lead to anxiety and depression, but is lousy for your physical health as chronic stress contributes to a weakened immune system and increased risk of heart attack and stroke.

In this reactive mode your avoiding brain expresses fear and anger.  The approaching brain reverts to a scarcity perspective which manifests as greed ranging from longing to addiction. The attaching system moves into a position of hurt which may include feelings of abandonment, worthlessness, or loneliness.

When you feel safe and fulfilled, your brain’s avoidance system is calm, the approaching drive is content, and the attachment orientation is caring.  In this responsive mode, your brain is soothed, joyful and replenished.The good news is that this is the natural, resting state of your brain and where you want to be for happiness and health. The bad news is that too many of us spend most of our time in reactive mode.

Reacting is instinctual.  Responding is a conscious choice.  When something happens, our body is going to react automatically regardless.  The trick is to become aware of this initial reaction, resist doing anything, involve your higher intelligence by considering options, possible ramifications, who you want to be, and what is going to be in your best interest, and, then, choose how to respond.

In the article, Responding vs. Reacting, J. Loeks writes:

The act of responding requires one to look at the circumstance, identify the problem or situation, hear what is happening and reflect. That reflection can be for a moment, five seconds, one hour, two days or longer. The time frame doesn’t matter. What matters is that you stopped and put an effort to think and suspended judgment. It is a conscious act and shows that you are willing to listen or observe. This ‘gap’ between the circumstance and your behavior is what contributes to gaining a sense of control in your life. Once a person can identify that in responding they actually have a choice in the manner, he/she will start to realize that they are able to make better decisions. The key is that pause. If the situation requires an immediate action, then just take a deep breath first. This alone can help one gain a semblance of control and make one choose an alternative statement or action that can make a big difference in an outcome of a situation.

The Difference In Your Life

Learning to respond rather than react, which has taken years, has made a tremendous positive difference in my life. I used to be incredibly reactive which could make a bad situation or even a good situation worse really quickly and lead to damaging consequences.  For example, I tried to commit suicide which resulted in a serious brain injury and losing custody of my sons.  Isn’t trying to kill yourself the ultimate reaction?

An article I read said that the difference between responding and reacting was about ten seconds.  For me, it can be much longer and, even then, I still don’t get it right sometimes.  It is amazing to me that I can sit on something for days, being good and not reacting, meditating on the issue and consciously thinking about how I want to respond, only to fire off an email that I have convinced myself is non-reactive which I immediately realize that it is exactly that after hitting “send.”

Learning to become non reactive is a continual challenge, but it does get easier the more you override the reptilian brain engaging your responsive brain.  Rick Hanson writes in Just One Thing:

Each time you rest in your brain’s responsive mode, it gets easier to come home to it again.  That’s because “neurons that fire together, wire together”: stimulating the neural substrates of calm, contentment, and caring strengthens them.  This also makes it harder to be driven from home; it’s like lengthening the keel of your mental sailboat so that no matter how hard the winds of life blow, you stay upright, not capsized, and keep on heading towards the lighthouse of your dreams.

The responsive mode of your brain can be activated, encouraged, and reinforced through such practices as mindfulness (see blog: The Meaning Of Mindfulness), meditation (See blog: The Myth And Magic Of Meditation), and coming into the present moment.

The Best Brain Possible With Debbie HamptonInformation and Inspiration For Anyone With a BrainImage source: https://www.flickr.com/photos/13911066@N06/