The 4 Traits That Put Kids at Risk for Addiction 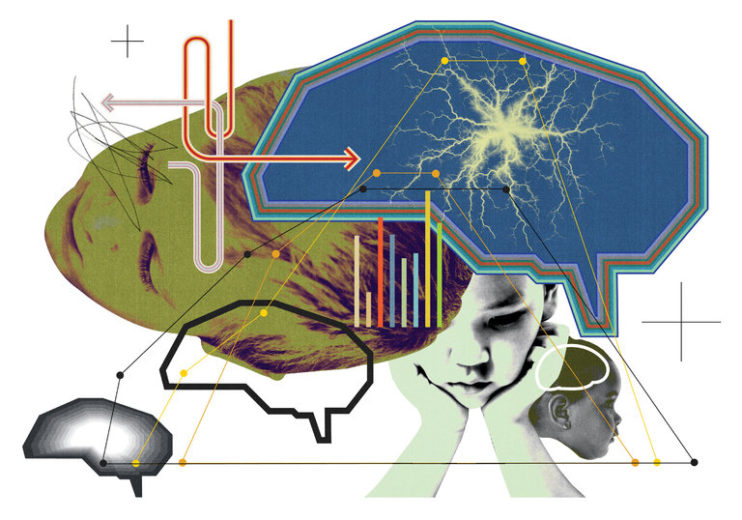 Drug education is the only part of the middle school curriculum I remember — perhaps because it backfired so spectacularly. Before reaching today’s legal drinking age, I was shooting cocaine and heroin.

I’ve since recovered from my addiction, and researchers now are trying to develop innovative prevention programs to help children at risk take a different road than I did.

Developing a public antidrug program that really works has not been easy. Many of us grew up with antidrug programs like D.A.R.E. or the Nancy Reagan-inspired antidrug campaign “Just Say No.” But research shows those programs and others like them that depend on education and scare tactics were largely ineffective and did little to curb drug use by children at highest risk.

But now a new antidrug program tested in Europe, Australia and Canada is showing promise. Called Preventure, the program, developed by Patricia Conrod, a professor of psychiatry at the University of Montreal, recognizes how a child’s temperament drives his or her risk for drug use — and that different traits create different pathways to addiction. Early trials show that personality testing can identify 90 percent of the highest risk children, targeting risky traits before they cause problems.

Recognizing that most teenagers who try alcohol, cocaine, opioids or methamphetamine do not become addicted, they focus on what’s different about the minority who do.

The traits that put kids at the highest risk for addiction aren’t all what you might expect. In my case, I seemed an unlikely candidate for addiction. I excelled academically, behaved well in class and participated in numerous extracurricular activities.

Inside, though, I was suffering from loneliness, anxiety and sensory overload. The same traits that made me “gifted” in academics left me clueless with people.

That’s why, when my health teacher said that peer pressure could push you to take drugs, what I heard instead was: “Drugs will make you cool.” As someone who felt like an outcast, this made psychoactive substances catnip.

Importantly, most at-risk kids can be spotted early. For example, in preschool I was given a diagnosis of attention deficit/hyperactivity disorder (A.D.H.D.), which increases illegal drug addiction risk by a factor of three. My difficulty regulating emotions and oversensitivity attracted bullies. Then, isolation led to despair.

A child who begins using drugs out of a sense of hopelessness — like me, for instance — has a quite different goal than one who seeks thrills.

Three of the four personality traits identified by Preventure are linked to mental health issues, a critical risk factor for addiction. Impulsiveness, for instance, is common among people with A.D.H.D., while hopelessness is often a precursor to depression. Anxiety sensitivity, which means being overly aware and frightened of physical signs of anxiety, is linked to panic disorder.

While sensation-seeking is not connected to other diagnoses, it raises addiction risk for the obvious reason that people drawn to intense experience will probably like drugs.

Preventure starts with an intensive two- to three-day training for teachers, who are given a crash course in therapy techniques proven to fight psychological problems. The idea is to prevent people with outlying personalities from becoming entrenched in disordered thinking that can lead to a diagnosis, or, in the case of sensation-seeking, to dangerous behavior.

When the school year starts, middle schoolers take a personality test to identify the outliers. Months later, two 90-minute workshops — framed as a way to channel your personality toward success — are offered to the whole school, with only a limited number of slots. Overwhelmingly, most students sign up, Dr. Conrod says.

Although selection appears random, only those with extreme scores on the test — which has been shown to pick up 90 percent of those at risk — actually get to attend. They are given the workshop targeted to their most troublesome trait.

But the reason for selection is not initially disclosed. If students ask, they are given honest information; however, most do not and they typically report finding the workshops relevant and useful.

“There’s no labeling,” Dr. Conrod explains. This reduces the chances that kids will make a label like “high risk” into a self-fulfilling prophecy.

The workshops teach students cognitive behavioral techniques to address specific emotional and behavioral problems and encourage them to use these tools.

Preventure has been tested in eight randomized trials in Britain, Australia, the Netherlands and Canada, which found reductions in binge drinking, frequent drug use and alcohol-related problems.

A 2013 study published in JAMA Psychiatry included over 2,600 13- and 14-year-olds in 21 British schools, half of whom were randomized to the program. Overall, Preventure cut drinking in selected schools by 29 percent — even among those who didn’t attend workshops. Among the high-risk kids who did attend, binge drinking fell by 43 percent.

Dr. Conrod says that Preventure probably affected non-participants by reducing peer pressure from high-risk students. She also suspects that the teacher training made instructors more empathetic to high-risk students, which can increase school connection, a known factor in cutting drug use.

Studies in 2009 and in 2013 also showed that Preventure reduced symptoms of depression, panic attacks and impulsive behavior.

For kids with personality traits that put them at risk, learning how to manage traits that make us different and often difficult could change a trajectory that can lead to tragedy.

Maia Szalavitz is the author of “Unbroken Brain: A Revolutionary New Way of Understanding Addiction.”