The Benefits of Not Jumping to Conclusions 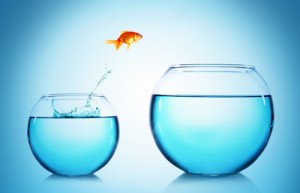 Human brains simplify information under stress. Largely out of awareness, we have a tendency to categorize experiences into extremes of good and bad, black and white, right or wrong. Most of life, however, happens in the gray areas. We lose the subtleties that are always there if we are too quick to know.

When I take something personally or feel stung by something someone said or did, I try to remind myself to get curious about other meanings, other ways of understanding the moment. For example, if someone is rude to me at a store, I could easily get angry and think to myself, “What a jerk!” But that thought process also gets me more riled up. That way of thinking fuels my anger, which makes me feel more agitated. My goal is to keep calm.

So, as an alternative, I could think, “Perhaps this person is acting this way because she is suffering. Maybe something I am not aware of is happening in her life that is making her act rude.” Maybe she just lost someone she loves. Maybe she had a terrible fight with her partner that morning. Or maybe she just received a scary medical diagnosis from a doctor. Knowing those reasons are all possible helps me access compassion both for the person acting rude and myself for getting “dumped on.”

It takes some focus to resist the temptation to “know.” Instead of giving in to your brain’s natural inclination to be sure about what’s happening, look for nuance and the unknown. This approach is a particularly useful parenting strategy. Let’s say my child or stepchild, Marcia, comes home and allows the front door to slam. My thinking brain might be quick to generalize that the reason she slammed the door was out of hostility toward me.

But there may be other reasons that have nothing to do with me. I have the power to resist this natural temptation of the brain to come to quick judgments. Instead, I can call upon my aware self to become curious. I could think to myself, “I wonder why Marcia slammed the door?” Then I might sift through the various reasons one could slam a door: by mistake from slippery fingers or forgetting to hold it; or because she is angry at herself or someone else; or because she wants attention and to let someone know she is home, albeit in a childish way. Maybe you can come up with some other reasons as well.

I can’t know my child’s intent for sure until I ask her (and that is assuming she knows her own motivations and will disclose them to me.) The important point here is not to jump too quickly to conclusions or be too quick to respond harshly.

Ultimately, I might decide to ask her why she slammed the door or simply make a request that she not to do that because it hurts my ears. But I would also take the slam as a cue to actively notice and tune in to her emotional state. I slow myself down to notice her facial expression, body posture and the like. This may give me most of the information I need to make a preliminary assumption and then tailor my question or request accordingly.

If I can see that she is in a sullen mood, I can ask her how her day was out of concern and take it from there. Later on, when she is in a better mood, I can address the door slam and avoid a fight that might have ensued if I had confronted her the moment she walked in.

People often make snap judgments and reactions. In a moment of tension or conflict, it is important to remember that our brains are generalizing and drawing assumptions based on our prior experiences and histories. We have the choice, however, to remain open to new information, to increases our understanding of what is happening between two people in the present moment, and to curtail assumptions.

Since everyone is different, if we generalize based on our quick assumptions, which come from our unique histories, we lose valuable information available in the present. We need to try to see and understand a current moment through the minds of others, and not only as a reflection of our own unique lens and our own unique history. We can do that by keeping an open mind first and foremost. After that, there is communication. When someone in our midst acts in a way we don’t like, there is nothing better than communicating our curiosity and desire to understand their true intent.

Hilary Jacobs Hendel, LCSW is a psychotherapist and author in private practice in New York City