The Muddied Meaning of ‘Mindfulness’ 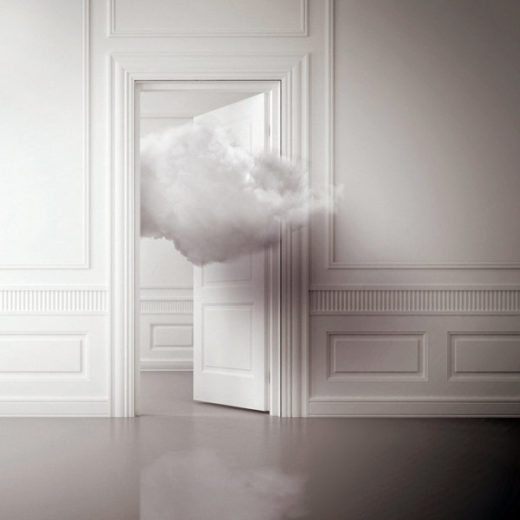 Most newly stylish coinages carry with them some evidence of grammatical trauma. Consider “affluencer,” “selfie,” “impactful.” Notes of cynicism and cutesiness come through. But every now and then a bright exception to this dispiriting routine appears. A rookie word makes its big-league debut, a stadium of pedants prepares to peg it with tomatoes and — nothing. A halfhearted heckle. The new word looks only passably pathetic. Maddeningly, it has heft.

“Mindfulness” may be that hefty word now, one that can’t readily be dismissed as trivia or propaganda. Yes, it’s current among jaw-grinding Fortune 500 executives who take sleeping pills and have “leadership coaches,” as well as with the moneyed earnest, who shop at Whole Foods, where Mindful magazine is on the newsstand alongside glossies about woodworking and the environment. It looks like nothing more than the noun form of “mindful” — the proper attitude toward the London subway’s gaps — but “mindfulness” has more exotic origins. In the late 19th century, the heyday of both the British Empire and Victorian Orientalism, a British magistrate in Galle, Ceylon (now Sri Lanka), with the formidable name of Thomas William Rhys Davids, found himself charged with adjudicating Buddhist ecclesiastical disputes. He set out to learn Pali, a Middle Indo-Aryan tongue and the liturgical language of Theravada, an early branch of Buddhism. In 1881, he thus pulled out “mindfulness” — a synonym for “attention” from 1530 — as an approximate translation of the Buddhist concept of sati.

The translation was indeed rough. Sati, which Buddhists consider the first of seven factors of enlightenment, means, more nearly, “memory of the present,” which didn’t track in tense-preoccupied English. “Mindfulness” stuck — but may have saddled the subtle sati with false-note connotations of Victorian caution, or even obedience. (“Mind your manners!”)

“Mindfulness” finally became an American brand, however, a hundred years later, when the be-here-now, Eastern-inflected explorations of the ’60s came to dovetail with self-improvement regimes. In the 1970s, Jon Kabat-Zinn, a molecular biologist in New England and a longtime meditator in the Zen Buddhist tradition, saw in Rhys Davids’s word a chance to scrub meditation of its religious origins. Kabat-Zinn believed that many of the secular people who could most benefit from meditation were being turned off by the whiffs of reincarnation and other religious esoterica that clung to it. So he devised a new and pleasing definition of “mindfulness,” one that now makes no mention of enlightenment: “The awareness that arises through paying attention on purpose in the present moment, and non-judgmentally.”

Under cover of this innocuous word, Buddhist meditation nosed its way into a secular audience bent on personal growth and even success strategies. The idea that people might overcome psychological and physiological shortcomings with self-induced comforting thoughts had already taken hold by other names: positive thinking, the recovery movement, self-help. In her scathing 1992 critique of this idea, “I’m Dysfunctional, You’re Dysfunctional,” Wendy Kaminer might have been describing the dissemination of mindfulness as a kind of shorthand for betterment when she talked about how to write a self-help book: “Package platitudes about positive thinking, prayer or affirmation therapy as surefire, scientific techniques.”

In the years that followed, Kabat-Zinn published a series of books on mindfulness that indeed played like erudite self-help, notably, in 1994, “Wherever You Go, There You Are: Mindfulness Meditation in Everyday Life.” Current books by Kabat-Zinn and scores of others now drop the word “meditation” altogether and propose mindfulness as the pharmakon for a heterogeneous deck of modern infirmities. Recent volumes in the same genre include “Mindful Work,” “The Mindful Way Through Depression,” “Mindful Birthing,” “Mindful Movements,” “The Mindful Child,” “The Mindful Teen,” two books called “Mindful Eating,” and “The Mindful Way Through Stress.” In these books, mindfulness has come to comprise a dizzying range of meanings for popular audiences. It’s an intimately attentive frame of mind. It’s a relaxed-alert frame of mind. It’s equanimity. It’s a form of the rigorous Buddhist meditation called vipassana (“insight”), or a form of another kind of Buddhist meditation known as anapanasmrti (“awareness of the breath”). It’s M.B.S.R. therapy (mindfulness-based stress reduction). It’s just kind of stopping to smell the roses. And last, it’s a lifestyle trend, a social movement and — as a Time magazine cover had it last year — a revolution.

If it’s a revolution, it’s not a grass-roots one. Although mindfulness teachers regularly offer the practice in disenfranchised communities in the United States and abroad, the powerful have really made mindfulness their own, exacting from the delicate idea concrete promises of longer lives and greater productivity. In January, during the World Economic Forum in Davos, Switzerland, Kabat-Zinn led executives and 1 percenters in a mindfulness meditation meant to promote general well-being. Many in pinstripes and conference lanyards also took time away from panels on Bitcoin and cybersecurity to communally breathe, and to attend a packed session called The Human Brain: Deconstructing Mindfulness, led by Thomas R. Insel, the director of the National Institute of Mental Health.

“There’s a mindfulness-training program that’s very logical and very calm, quiet, and we’ve started the process with this team,” announced Phil Jackson, the president of the New York Knicks, last year. When Amar’e Stoudemire, a power forward then with the team, was asked whether he thought mindfulness training would help him, he replied: “It will definitely help, for sure. It just keeps you focused on the task at hand. It keeps you in tune.”

Mindfulness as “keeping in tune” has a nice ring to it. But it’s “focused on the task at hand” that appeals to managers, like Jackson, who are conscious of performance goals. Might workplace mindfulness — in the cubicle or on the court — be just another way to keep employees undistracted and to get them to work harder for nothing but airy rewards? In this context of performance enhancement, “mindfulness” seems perilously close to doggerel from the same playbook that brought us corny affirmations, inner children and vision boards.

Maybe the word “mindfulness” is like the Prius emblem, a badge of enlightened and self-satisfied consumerism, and of success and achievement. If so, notdeploying mindfulness — taking pills or naps for anxiety, say, or going out to church or cocktails — makes you look sort of backward or classless. Like driving a Hummer.

As usual with modish and ideologically freighted words, this one has also come to inform high-minded prescriptions for raising children. Evidently they’re no longer expected to mind their manners; we are expected instead to mind their emotional states. Recently, Hanna Rosin, in Slate, argued that mindful parenting might be a Trojan horse: Though the mindful mother claims to stay open-minded about her child’s every action and communication, she ends up being hospitable to only the kid’s hippie, peacenik side — the side she comes to prefer.

In Rosin’s example, a mother supposedly mindful of her son’s capacity for violence nonetheless doesn’t rest until he gives a peaceable, sympathetic explanation for it — that he was hurt and overreacted. “I was mad, and he had it coming,” which might be the lad’s own truth, doesn’t fly. The mother’s “mindful attention,” rather than representing freedom from judgment, puts a thumb on the scale.

It’s profoundly tempting to dismiss as cant any word current with Davos, the N.B.A. and the motherhood guilt complex. Mindful fracking: Could that be next? Putting a neuroscience halo around a byword for both uppers (“productivity”) and downers (“relaxation”) — to ensure a more compliant work force and a more prosperous C-suite — also seems twisted. No one word, however shiny, however intriguingly Eastern, however bolstered by science, can ever fix the human condition. And that’s what commercial mindfulness may have lost from the most rigorous Buddhist tenets it replaced: the implication that suffering cannot be escaped but must be faced. Of that shift in meaning — in the Westernization of sati— we should be especially mindful.Correction: April 15, 2015An earlier version of this article misstated the publication date of Jon Kabat-Zinn’s book “Wherever You Go, There You Are.” It was 1994, not 2005. The New York Times Company