The Neuroscience Of Change—Or How To Reset Your Brain 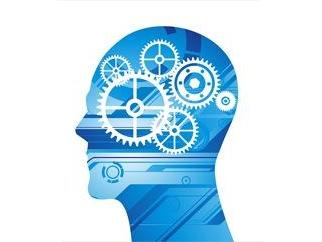 Learn how to rewire your brain by changing how you think through a simple four-step approach.

By Matthew May, Strategic Faciliation and Ideation

The mysteries of the mind and brain are many and complex. Neuroscience, through the magic of technology is just beginning to unravel some of them. Given that my livelihood revolves around creativity, I have become fascinated with neuroplasticity.

Neuroplasticity is the mind’s ability to change the brain. Yes, you read that right. Neuroplasticity radically reverses ages of scientific dogma which held that mental experiences result only from physical goings-on in the brain, and we can’t do much about it. But extensive studies by neuroscientists confirm that our mental machinations do alter the physical structure of our brain matter. So, when you change your mind, you change your brain. This is great news for most of us.

The issue all of us grapple with is change. Whether it’s kicking a bad habit, coming up with new and original ideas, shifting a business focus, changing behaviors, changing company culture, or trying to change the world. At the heart of the issue is changing minds and mindsets—in other words, unlocking the brain.

My fascination led me to a number of visits to Dr. Jeffrey Schwartz, a practicing neuropsychiatrist affiliated with UCLA, and author of a book called Brainlock. The reason I sought him out is that he deals with one of the most challenging and debilitating afflictions, obsessive-compulsive disorder (OCD). And here’s the thing, he doesn’t use drugs to treat patients. He teaches them to rewire their brain by changing how they think.

I’m interested in Dr. Schwartz’s methods not because I’m curious about OCD, but because if he can help people with that kind of mental rigidity, think what can be done with the mind that isn’t all locked up. He created a successful four-step approach, and as he described it to me, it seemed quite obvious that his method could easily apply to anything we want to change.

The first step is to relabel a given thought, feeling, or behavior as something else. An unwanted thought could be relabeled “false message” or “brain glitch.” This amounts to training yourself to clearly recognize and identify what is real and what isn’t, refusing to be tricked by your own thoughts. You step back and say, “This is just my brain sending me a false message.” (For someone with OCD, instead of saying, “I have to check the stove,” they would start saying, “I am having a compulsive urge to check the stove.”)

This sounds easy, almost a trite affirmation, like what they give you at one of those weekend long shut-ins where you transform yourself into the someone you always thought you could be. It isn’t. It’s hard. Focusing on something completely different when your brain is sending long-embedded directions with overwhelming force, is incredibly difficult.

The second step answers the question, “Why do these thoughts coming back?” The answer is that the brain is misfiring, stuck in gear, creating mental noise, and sending false messages. In other words, if you understand why you’re getting those old thoughts, eventually you’ll be able to say, “Oh, that’s just a brain glitch.” That raises the natural next question: What can you do about it?

The third step is where the toughest work is, because it’s the actual changing of behavior. You have to do another behavior instead of the old one. Having recognized the problem for what it is and why it’s occurring, you now have to replace the old behavior with new things to do. This is where the change in brain chemistry occurs, because you are creating new patterns, new mindsets. By refusing to be misled by the old messages, by understanding they aren’t what they tell you they are, your mind is now the one in charge of your brain.

This is basically like shifting the gears of your car manually. “The automatic transmission isn’t working, so you manually override it,” says Schwartz. “With positive, desirable alternatives—they can be anything you enjoy and can do consistently each and every time—you are actually repairing the gearbox. The more you do it, the smoother the shifting becomes. Like most other things, the more you practice, the more easy and natural it becomes, because your brain is beginning to function more efficiently, calling up the new pattern without thinking about it.”

It all comes together in the fourth step, which is the natural outcome of the first three. With a consistent way to replace the old behavior with the new, you begin to see old patterns as simple distractions. You devalue them as being completely worthless. Eventually the old thoughts begin to fade in intensity, the brain works better, and the automatic transmission in the brain begins to start working properly.

“Two very positive things happen,” Jeff says. “The first is that you’re happier, because you have control over your behavioral response to your thoughts and feelings. The second thing is that by doing that, you change the faulty brain chemistry.”

Schwartz confirmed that his methods could be used to create change in any are of business, work, or life. “Since it has been scientifically demonstrated that the brain has been altered through the behavior change, it’s safe to say that you could do the same thing by altering responses to any number of other behaviors.

What all of this meant to me was that we can learn to improve our ability to defeat the traditional thinking traps we fall into when we try to change our view of whatever challenge we’re facing. We can override our default. We can retrain our brain by invoking the Apple tagline: Think different.

Important Note: Articles, comments and any other materials available on or through the OPEN Forum site do not reflect the opinions or analysis of the American Express Company or any of its affiliates, subsidiaries or divisions. American Express is not responsible for, and does not validate, any information, opinions, assertions or statements expressed in any such materials, or the identity or credentials of the individuals communicating through the site. Information available on the site does not, and should not be relied upon to, replace the advice of your own professional legal, tax and financial advisor