The Right to Remain Silent: Mindfulness in the Modern Age 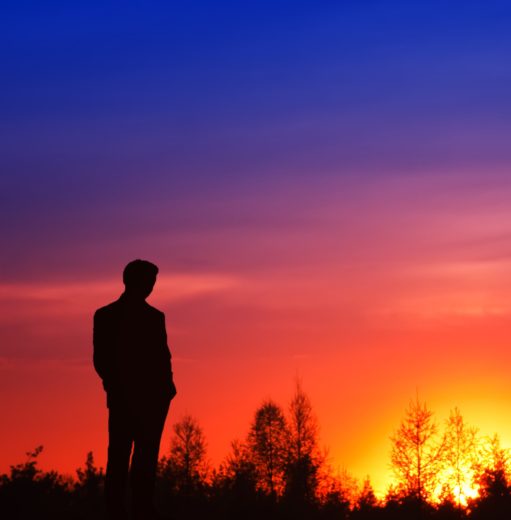 Swimming through the frenetic current of life (i.e., work, children, death, and pain) can be exhausting, and the idea of having a moment to come up for air, let alone silence, may seem outlandish. And maybe it is. Part of Pablo Neruda’s poem, Keeping Quiet, introduces this radical notion of silence:

… For once on the face of the earth, let’s not speak in any language; let’s stop for a second, and not move our arms so much. It would be an exotic moment without rush, without engines; we would all be together in a sudden strangeness …

What, exactly, is “silence,” anyway? The definition, according to Merriam-Webster, is the absence of sound or noise. It can be a metaphor for inner peace and stillness. If the mind is deep in silence and empty or void of thoughts, then the individual is often recognized to be developing a spiritual process. This projects the idea of channeling with a deity or connecting with one’s true nature or “self.” Silence can act as a conduit for personal communication with a higher power, or—in some Buddhist practices —a transformation toward enlightenment. Conscious or not, we are constantly interrupting the peace.

In Western culture, there is a dualistic component to silence. In one sense, silence is a home to take solace and relax from the demands of our environments. For others, within seconds the experience elicits terrible anxiety and causes mental restlessness. The mind leaps from past to future like a ping-pong ball across a table. People tend to love silence or hate it.

A quiet surrounding is a channel for returning attention to your breathing in a mindful, present-moment focus. A mindfulness practice can take shape during long periods of silence. This is an active process of paying attention to what arises—in the body, mind, and environment—on a momentary basis and then offering an appropriate response to this activity.

Maintaining any degree of true silence requires engagement with the innate, core capabilities we all have. Building a capacity—to first withstand and then grow—within silence requires awareness, curiosity, constancy, engagement, patience, and tolerance (ACCEPT). Are we culturally moving toward noise and entropy? Is silence becoming extinct or has it merely been a concept we either hang on to or is negatively categorized? I witnessed a technological singularity within the microcosm of a small, rural community as it exploded with bandwidth a few years ago. For me, living in this rural area and observing a cultural change in communication habits acted as impetus for me to truly accept this fleeting, self-composed reality.

I resided in northern New Hampshire after finishing graduate school (between 2009 and 2012). I was living in a tiny community of approximately 1,500 people in the town of Colebrook. This beautiful yet isolated apex was closely surrounded by Vermont, Canada, and Maine (all of which were seconds to minutes away from my log cabin apartment). It was to be the start of my social work career practicing psychotherapy.

As a psychotherapist, over the years since that time period, it has become routine for me to hear the chirp, vibrate, song burst, or the more familiar old-fashioned ringtone from a phone during a therapy session. On a good day, the person does not answer the phone during the appointment and considers silencing the device. I remember the first time it happened while I was in New Hampshire, and I’ll tell you why it was so memorable.

At the time (2011), one could not get a cell phone signal while inside the building where I worked. I would wave my BlackBerry out the window like a SOS flare—to an unknown, digital rescuer—in the hope of a bar or two of service. In order to get decent phone service, one had to hike up a nearby mountain. One was significantly more likely to spot a moose than an Android phone. The more affluent residents in this area merely had “track phones.” Essentially, these were “flip phones” with prepaid minutes on them and were mostly used in emergencies. Due to the lack of service coverage, the smartphone had not yet disseminated through northern New Hampshire. One night, that changed.

Residents of my town leapt from dial-up Internet connections to data communication resources comparable to most metropolitan areas. It was a digital upgrade analogous to trading in a bicycle for a Harley-Davidson. This happened literally overnight with the advent of a prominent, new Verizon cell phone tower that looked down upon the town. A new market was born. People went from no phones to iPhones, exploring the lush forests, incredible wildlife, and majestic landscapes to Angry Birds and Facebook. The younger people I worked with in therapy would say, “Andrew, have you heard of Facebook?” My cynical thought internally fired back, “Yeah, like six years ago!” but I would usually nod in confirmation.

The technological paradigm shift granted palm-sized super-computers to individuals without a context for how this might shape the culture’s relationship with stillness. I recalled previously being the only person holding a smartphone—or a cell phone, for that matter—at social gatherings and was embarrassed to have the oddity. It was not just that the culture didn’t appear ready for the new technology, but the environment, too. The majestic landscape was suddenly disrupted by the tower. Seen from a distance, the blinking light or signal was a small, redundant form of noise that could be habituated but not completely ignored. In a way, the tower’s mere presence was a subtle impediment on the peaceful area’s silence.

Our minds are not well equipped for the constant stimulation, noise, and computation. With the construction of the cell phone tower, I obstinately disconnected. For the first time in my life, I decided I was not going to chase or even follow the technological curve. I traded my sentient BlackBerry for an antiquated “dumb phone.” It was a symbolic and indelible mark in time for me. Melodic walks through empty fields and unobtrusive hikes in the woods occupied my time between weekend retreats of contemplative practice.

The absence of instant gratification (notifications, emails, etc.)—that I am so tied to—was freeing. I was seemingly forced into silence, but liberated from Internet dependencies. Creativity, patience, and empathy started to grow out of the quietness. When the mind is left to its own devices, one begins to bear witness to his or her habitual processes. I began to write and truly observe my surroundings (internal, physical, and cultural). The unaccompanied silence would often evoke wildly future-oriented thoughts and plans. However, I developed an active practice of not attending to these thoughts in order to pay attention to the present. Once one accepts and commits to mindfulness practices—specifically meditation—he or she enhances his or her awareness, curiosity, constancy, engagement, patience, and tolerance (ACCEPT). Zoketsu Norman Fischer, American Soto Zen roshi, emphasizes how this retreating “teaches us to live simply, enjoy quiet, be perfectly happy with only a little, and live in supportive, harmonious community.”

Observing your thoughts without distraction can tell you a lot about how your mind operates. Where does the mind want to go? The past? What’s to come? Longing? It is challenging to discover these processes when we have unlimited access to distraction. Silence has to be invited. In the 21st century spirit of Neruda’s Keeping Quiet, for a moment, pause and don’t talk. This will be a radical, collective stillness—without our devices—in order to create an unexpected oddness.

You have the right to remain silent; take it and see what happens.

The preceding article was solely written by the author named above. Any views and opinions expressed are not necessarily shared by GoodTherapy.org