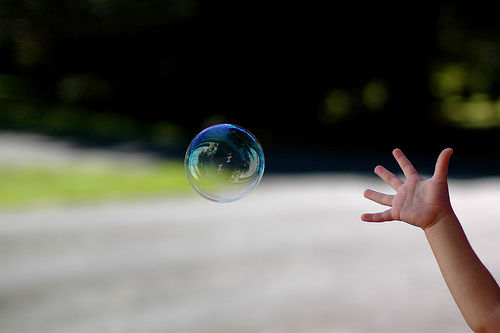 One day in second grade I raised my hand to read aloud certain paragraphs of a story. I loved to read. I skimmed ahead and found a dramatic section that would allow for varying voice tones. The teacher selected a different section for me to read. I protested that I wanted to read the section I had chosen. She skipped me and I didn’t get to read at all. I was being willful.

We may think of willful behavior as typical of children. Picture the child in the store who is having a temper tantrum, refusing to leave without a wanted toy. That is willfulness.  Another example would be when a young child is chosen by a team he didn’t want to play on. Going home or sitting by the sidelines refusing to play was most likely not effective behavior. It probably didn’t solve the problem and in addition he didn’t get to play a game he enjoyed. Even the child who doesn’t want the bubbles he blew to float away is showing willfulness. While we tend to think of children exhibiting such behaviors, adults can be just as willful.

Dialectical Behavior Therapy  (Linehan, 1993) includes the concepts of willingness and willfulness.  Linehan defines willingness as accepting what is and responding in an effective and appropriate way. It is doing what works and just what is needed in the current moment or situation. Being willful means the opposite, not accepting what is and not responding effectively or appropriately.

Linehan bases her view of willingness and willfulness on Gerald May’s work. May says that willingness/willfulness is “…the underlying attitude one has toward the wonder of life itself. Willingness notices this wonder and bows in some kind of reverence to it. Willfulness forgets it, ignores it, or at its worst, actively tries to destroy it.”

Willfulness increases our suffering. Not only do we struggle with whatever it is that we think shouldn’t be, but we also have the pain of not accepting and the pain of taking ineffective actions that may have unpleasant consequences.

Most people have ways that they are willful instead of willing. Maybe you try to force people to be different than they are. You may push someone who isn’t emotional to be more sensitive or nag someone who isn’t ambitious to be more career oriented.  Though you need work you may refuse to accept jobs that aren’t exactly what you want. Being willful is like throwing your cards down and walking away because you don’t like the hand you were dealt.

In what ways are you willful?  How does willfulness get in your way of having a contented life?

Karyn Hall, Ph.D. is the owner/director of the Dialectical Behavior Therapy Center in Houston